“I welcome the oversight and scrutiny,” said Langford, who last year defeated Whelan ally Councilman Marty Small. “We have reached out to the casino industry and have started meeting with all the stakeholders. But I want to say this: it seems to me that inefficiencies in government have been used as a scapegoat for the woes of the casino industry.”

Comptroller Matthew Boxer, who testified today shortly before Langford, followed up on his 45-page Jan. 27 report, which cited numerous city government abuses, including the presence on the payroll of 11 aides to city council members making $484,000 total; the city’s failure to foreclose on eligible properties, various over-the-line perks and bloated sick time policies for police officers, $8 million in unspent city bond proceeds, and the circumvention by political action committees of flimsy local pay-to-play ordinances.

The conditions have created anxiety among city workers – at the very least.

“City employees are concerned about furloughs, layoffs and demotions,” said labor attorney Robert O’Brien, who added that despite an independent audit last April calling for a hiring freeze, the city forged ahead with more than 30 hires and wants to create a cultural diversity czar.

“We have asked the city not to proceed with those hires and those requests have fallen on deaf ears,” he complained.

While pledging cooperation to get to the bottom of allegations of waste and mismanagement, Langford simultaneously went after O’Brien and Levinson’s chief of staff before some back and forth with both Whelan and state Sen. Kevin O’Toole (R-Cedar Grove). The mayor objected to O’Toole’s efforts to scale the complex organism that is Atlantic City alongside other cities of the same size.

“We get 33 million annual visitors to the city and 80,000 average daily visitors,” said Langford, the slap at O’Toole just before he jabbed at the county.

“It’s easy for folks who want to point a finger at the city,” he said. “It would help if we got equitable services back for the taxes that we remit to the county.”

The mayor then hammered O’Brien, who had bad information about the new hires, he said.

“He left out the number of terminations that balances that,” said Langford, jabbing, too, at O’Brien for not attempting to ease up on some hard nosed union demands during their negotiations.

“There are too many employees on the one hand and on the other hand, you don’t want to lay off any people – you can’t have it both ways,” Langford said.

O’Toole then opened up on the mayor.

“If this is the corrective plan, I’m not sure the city issued an appropriate response,” said the Essex County senator, holding up four or five sheets of paper that composed the city’s reaction to Boxer’s Jan. 27th report.

“There are serious problems,” O’Toole said.

O’Toole went on the offensive.

“We’re going to get to the bottom of this, whether it started in 1996 or 1986 or 1976,” the senator said. “We’re not going to allow additional revenue to be brought in and squandered.”

Whelan in his remarks traded hard edged sound bites with Langford as both men tried to keep the hairs on the backs of their necks from rising visibly in the committee chamber.

“When I was mayor I had a part time council,” said Whelan, a reference to the half a million dollar a year city council staffs circulating in City Hall. “We made sure the council aides left office when the council person left office.”

Whelan said the chief problem with the packed payroll is that the city is hurting.

“Atlantic City doesn’t meet the threshold of safe and clean streets,” said the chair of the committee.

“We need to separate perception from reality,” Langford answered. “In terms of quantifiable data, the city is very safe. Perhaps what we need is a public relations campaign.” 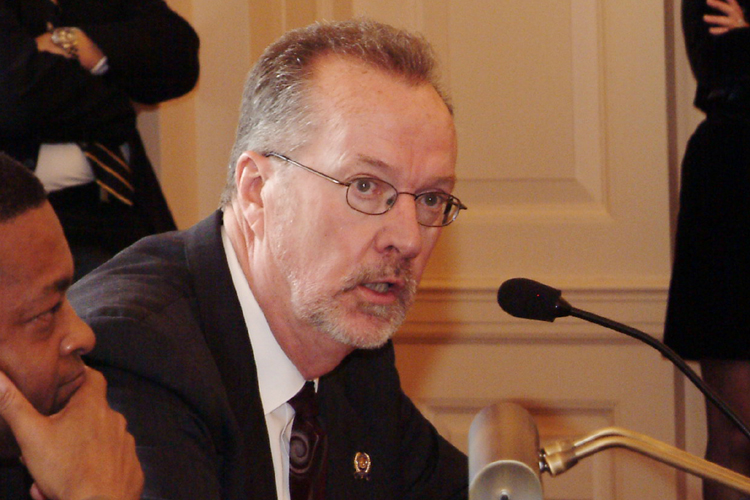