NEWARK – A rumba beat shook the top velveteen carpeted floor of the Newark Club in a glass-enclosed room jutting 22 stories above the Ironbound, with New York discernible out there on the other side of swamplands as North Ward Democratic leader Steve Adubato entered and blended into the crowd.

“Luis’s family,” he said, the voice leaden with lack of intrigue, his face a mask of gravity behind glasses – betraying no irony.

At-Large Councilman Luis Quintana floated happily among his guests – a chunk of the Newark political establishment, including Adubato, here to back up the politician in pursuit of what most reckon would be an unprecedented fifth council term if he wins on May 11th.

A member of the Booker Team who built his citywide name as Sharpe James’s deputy mayor in the mid-1980’s and early 1990’s, Quintana has consistently been the top vote-getter among at-large candidates, blending institutional presence with a twist of unpredictability.

“We’ve got to bring the city together and stop the fighting and I generally believe we’re moving in the right direction,” said the councilman, who at the same time notes that he’s fought Mayor Cory Booker on some key points, namely tax hikes, and maintained his coveted independent streak.

It was exactly that streak which sent Quintana into heat-seeking – some would say self-destruct – mode in 2007 when he declared his independent bid for the 29th district state senate seat, a move that pitted him against Adubato’s candidate, state Sen. M. Teresa (D-Newark).

“This is going to be ‘The Prince’ versus ‘The Art of War,'” predicted Quintana, setting Adubato’s most useful political work alongside his own blueprint of choice, a faceoff that resulted in a concussive victory for Machiavelli – but also resulted in the indictment of several North Ward operatives – Adubato people – for absentee ballot fraud.

Now Quintana stands again with the Booker-Adubato federation, in what is essentially an unspoken piece of ward level detente: Quintana doesn’t run anyone against Adubato organizational ally, North Ward Councilman Anibal Ramos, who was also in attendance here at this fundraiser Thursday night – and Adubato leaves Quintana alone.

“I’m very happy to see him here and I plan to make special mention of him tonight at the microphone,” Quintana said of Adubato. 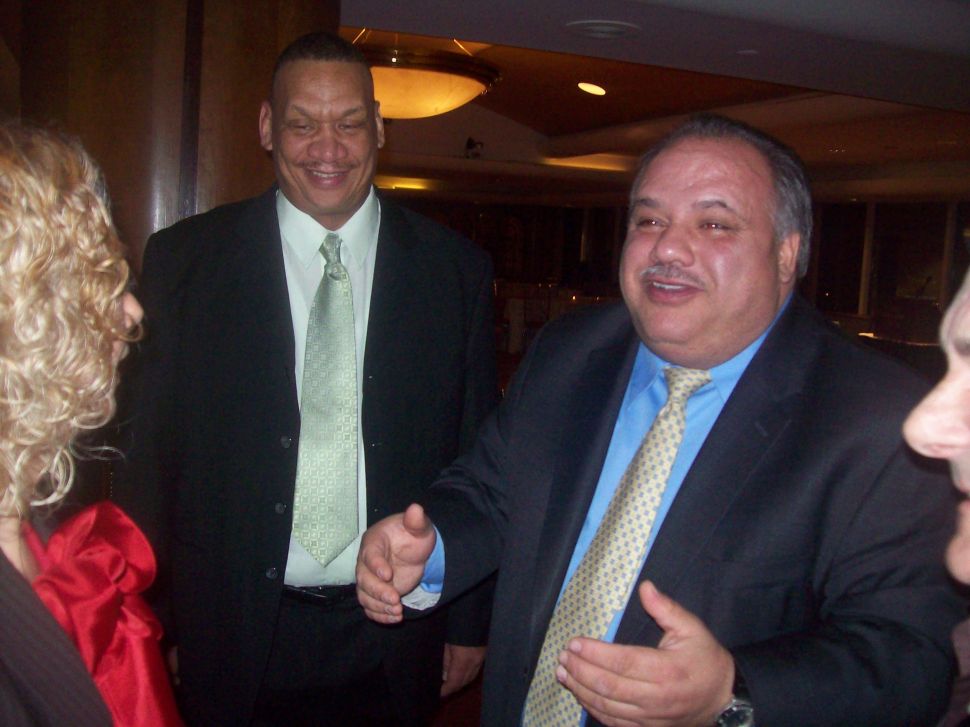