Sources say the Senate Government Committee will hear a packed roster of opponents and proponents of public employee pension reform tomorrow before shipping it out with five votes in affirmation of legislation backed by both Gov. Chris Christie and Senate President Steve Sweeney (D-West Deptford).

Then the Senate as a whole is expected to pass the bills on Monday, sending the package over to the Assembly side, where Republicans are already trying to make sure their labor-backed candidates can safely vote “no” or abstain with impunity.

Notwithstanding the question marks still surrounding the Assembly, the certitude on the senate and executive side has AFL-CIO President Charles Wowkanech taking a decidedly subdued and almost resigned approach to Trenton’s unfolding reform narrative.

Of course, it’s mostly from the sidelines now.

Wowkanech has yet to speak to Christie.

“We fully realize the pension system is broke,” the labor leader told PolitickerNJ.com. “Of course, we can point fingers all over the place.”

He said he would prefer pension reform to be a matter decided not in the Statehouse chambers.

“Our position is that vast, sweeping changes like these belong in the collective bargaining arena,” he said. “Everybody knows what’s going to happen. We’re sensitive to the belief if shouldn’t be happening in the legislature. It’s a little unfortunate that public employees are being targeted the way they are. They’re good people.”

But he has a stoic sense of the reality of the Christie-Sweeney synergy.

A tiff between Wowkanech and South Jersey Democrats in part goes back to 2007 when the AFL-CIO endorsed Nick Asselta over state Sen. Jeff Van Drew and stayed neutral in state Sen. Jim Whelan’s victory over Sonny McCollough. Wowkanech was also wobbled by fierce public sector employee loyalists who said the labor leader didn’t come down hard enough on Sweeney when the lawmaker first proposed public sector employee reform during the Corzine years.

Now, ironically, it’s Whelan sitting there as chair of the committee that is tomorrow expected to send the reform bills to the senate as a whole, and Sweeney supercharged with Christie on the issue.

But Wowkanech said his relations with South Jersey Dems, and Sweeney in particular, an ironworker and private sector union champ, have been way above average.

“I know Steve very well,” said Wowkanech. “I know the ironworkers and the duress they’re under. Building and Trades unemployment is up to 35%. These kinds of reforms reflect what’s happening with the management of private sector unions. My own union, I’m an operating engineer, is going through this right now. Do we reduce benefits or increase contributions?”

Asked if he believes Sweeny’s doing Christie’s dirty work by going after the public sector employees even as the governor eyes the sunset provision of a state’s millionaire’s tax, the labor leader said, “No way. Not at all.  Steve was advocating these reforms long before Christie became governor, way back in the Corzine era.

“I’ve only seen him in passing,” he said.

Gearing up for consideration of the reform bills on the Assembly side, Assemblywoman Linda Greenstein (D-Plainsboro), who represents the public employee-dominant 14th District, said she can’t see herself supporting the bulk of the bills.

“I really do think everything is being put on the shoulders of the state workers,” said Greenstein, who may end up backing the Constitutional requirement. “They’re being blamed for other people’s mistakes.” 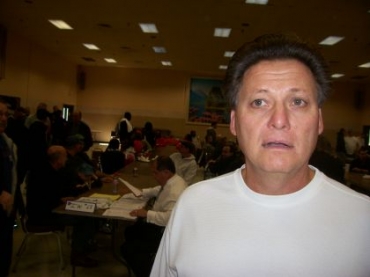