MONROE – Intent on stopping what he sees as the socialist agenda of President Barack Obama, Westfield businessman Bruce Baker said he’s never met U.S. Rep. Leonard Lance (R-Clinton) or fellow conservative Lance challenger David Larsen, but what they choose to do has no impact on his course of action.

“I’m in it,” said Baker, when asked why he doesn’t join forces with Larsen in a Tea Party revolt against the moderate Lance in a GOP Primary, instead of launching his own improbable campaign for Congress in the 7th District.

“I don’t know David Larsen, so I don’t know how tough he would be,” the 67-year old Baker told PolitickerNJ.com moments after taking a bow at the Middlesex County Republican Women’s Club’s first anniversary and Ronald Reagan birthday celebration.

“I can tell you this with certainty – if I get down there to Washington, D.C., the establishment is going to rue the day I show up,” added the real estate appraiser. “Washington is a cesspool. It needs a can of Draino.”

Asked about the performance of President Barack Obama, the Republican Primary candidate set his jaw.

“I always thought Jimmy Carter was the worst president of the 20th Century, but I’ve been truly surprised by the incompetence,” Baker said. “The guy’s an out-and-out socialist. His pronouncements on single-payer healthcare is just more government control. His stance on drilling and energy independence.

“I have to laugh at the liberal press going after (former Alaska Gov.) Sarah Palin for not having the intellectual capacity for higher office – their opinion, not mine – when this guy’s (Obama) never run a lemonade stand.”

Asked if he thought Franlin Delano Roosevelt was a socialist for proposing Social Security, Baker said “no, over the year’s, the system’s been bastardized.”

With a website already up and running, the candidate said he has $15,000 dedicated to challenging Lance and plans to rely on individual contributions in his longshot quest to unseat the Clinton Republican. 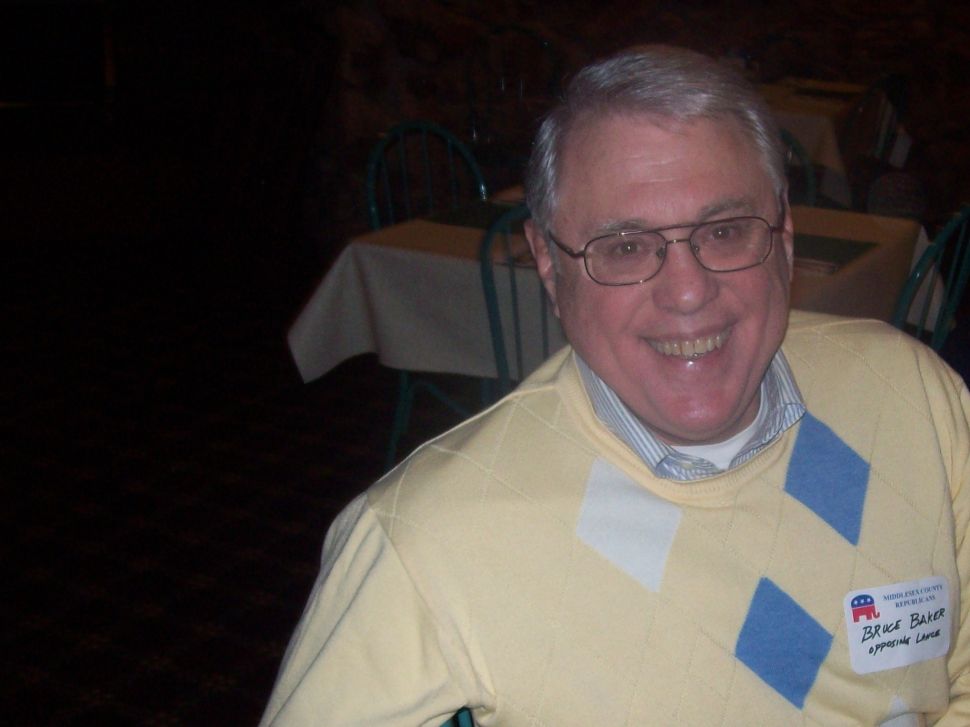