NEWARK – Carl Sharif once said Central Ward Councilman Charles Bell would be the 2008 spear point to get to Mayor Cory Booker in 2010, but Team Booker blunted that hazard almost as soon as Bell assumed his seat on the council.

At his 2009 state of the city address, the mayor anointed the veteran as a hug-worthy elder statesman.

Now, three months before May 11 election day, nowhere is the Bell-Booker political alliance more visible in the Central Ward than in the blended billboards of the one-time ferocious rivals.

Bell’s campaign headquarters on Market Street features the faces of both the councilman and the mayor and the tag lines: “Booker Team for Newark,” and “Re-elect Charlie Bell, Councilman Central Ward.” 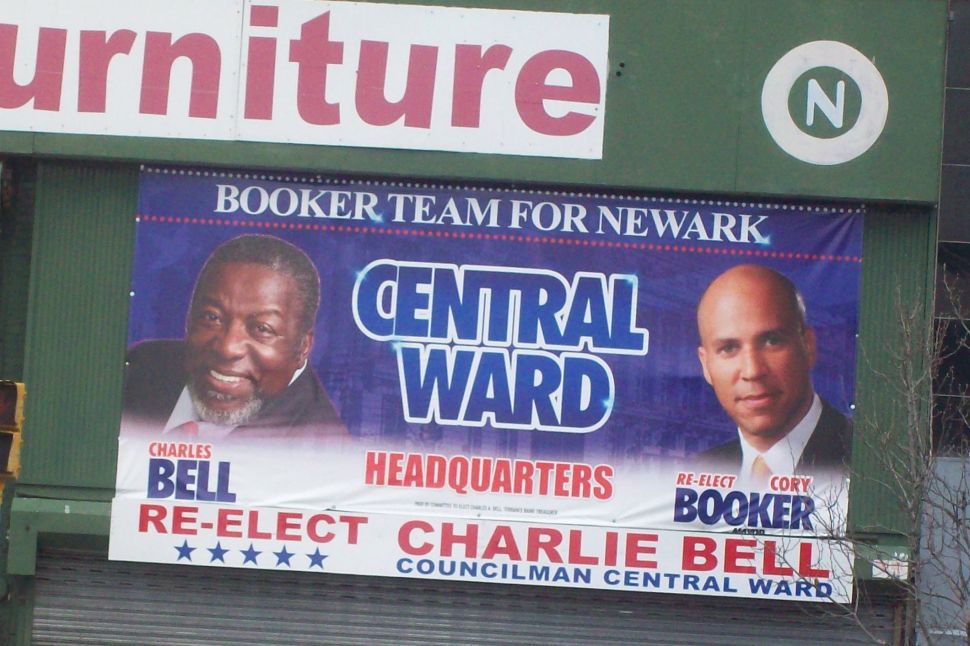