NEWARK – Never past trying to land a phantom punch on Mayor Cory Booker in an election season that early looks like an easy jab and dance to victory for the electric first-term incumbent, challenger Clifford Minor could not immediately summon any offense with the news today that the feds indicted former Booker Deputy Mayor Ron Salahuddin on extortion and bribery charges.

That’s in part because U.S. Attorney Paul Fishman went out of his way to praise Booker for cooperating in the investigation that ultimately bagged Salahuddin on steering city contracts to a demolition company that would in turn subcontract work to a business Salahuddin partially owned. The Booker as untouchable factor was a point backed up by an unnamed consultant in the indictment who says everyone’s corrupt “except the mayor.”

Instead of running for cover – which outside observers figured would inevitably be his posture in the days since Salahuddin’s abrupt and mysterious departure from City Hall last year – Booker took credit for helping to pinpoint and administer justice as chief of a sprawling and complicated city government that employs 4,000 workers.

“For four years, we have been working to root out corruption,” the mayor told PolitickerNJ.com. “We don’t wait, we do it. We sever ties, we part ways with the employee. Do you know of any other city hall that has an inspector general? My inspector general comes to me on a regular basis. We are continuing to fight.”

So far, said the mayor, the feds have mustered 19 indictments and 19 convictions out of Booker’s City Hall in actions that didn’t consist of the feds breaking doors down in City Hall, but internal cooperation from the mayor’s office.

“My record speaks for itself,” said Booker.

“If these allegations are true,” he added, “he (Salahuddin) has betrayed my trust, the public trust, and violated the law – and should be punished.”

In this particular case, Booker said he has been cooperating with the U.S. Attorney’s Office since last year.

“We parted ways when we became aware of the severity of his health condition and these allegations,” said the mayor, referring to Salahuddin’s plug pull on his career at City Hall in July of 2009.

Booker’s allies said Salahuddin’s career stretched back three decades, and had foundations in other political camps.

Eager as they are to portray the mayor as an admittedly book smart but finally callow twittering fool whose lack of hands-on managerial experience creates the perfect, buck doesn’t stop here conditions for public disinterest, the Minor camp treaded carefully today.

“It’s too early to say right now,” Minor told PolitickerNJ.com. “Of course, it’s unfortunate when anyone gets indicted.”

The mayor battled down the back-handed complimentary charge that he’s the “only one” at City Hall who’s not corrupt by reading directly from the indictment, and noted that Salahuddin referred to those city employees from whom he sought specific contract contacts, not a wide net over the whole of City Hall.

When asked about follow-up action from his office, “There are more than 20 ongoing cases right now,” said Booker. 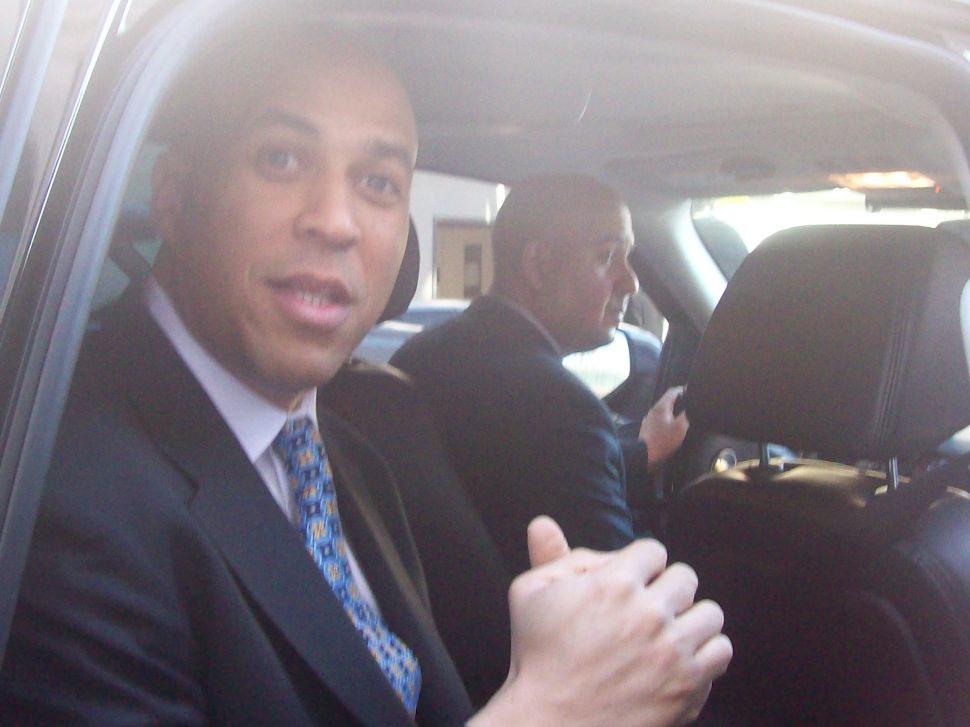