NEWARK – Sending a shudder of worry through some of his allies that the tactic may project overconfidence in the face of a ponderous but ertswhile competitor, Mayor Cory Booker said he doesn’t plan an official campaign launch until March 20th, or two days after the petition filing deadline and less than two months in front of the May 11th election.

“I heard about it,” said the mayor, when asked about retired municipal Judge Clifford Minor’s formal liftoff last week on the steps of City Hall, no big event to the Booker Team, whose political brains are convinced that fully engaging Minor and company right now would do little more than inflate the name ID of what to date has been a mostly somnolent and underground candidacy.

Other than hearing that it happened, Booker said he heard nothing new emanating from the Minor camp’s kickoff pertaining to him and his administration.

“This is the same as 1998, 2002 or 2006, with Sharpe James and Ron Rice,” said the mayor, referring to the general and lingering charge by older, self-professed old school opponents that Booker remains Newark’s perennial out-of-towner, more eager to hobnob with Aston Kutcher than stay strapped into the cockpit of City Hall.

“I’m happy they’re running with what they think is an old school model, because in this city their version of old school hasn’t worked,” he said.

Booker said his contacts beyond the city – Jon Bon Jovi, Oprah Winfrey, among them – have continually proved valuable to Newark in the midst of a national economic nosedive.

“Our job here is to deliver for the city,” the mayor told PolitickerNJ.com Thursday at City Hall. “If they don’t like the way we do things here, I’d ask them to stop all of our cameras (crime detectors located around the city), which are not paid for by taxpayers but through philanthropic donations. Parks, the largest police foundation in the State of New Jersey, our lucrative tip lines, vehicles, the largest fund to support charter schools in the nation – funded with private dollars.

“In the worst economic crisis of a generation, we have been able to expand the police department, public schools and parks and bring resources for homeless shelters and treatment centers,” he added, flatly rejecting the criticism that he’s globetrotting with the city on autopilot, or that high profile donors to his campaign coffers have not repeatedly yielded tangible city improvements.

“I’m a guy who has no family,” Booker said. “That gives me the ability to go at this 24-7. Most of my life is public. People know that I’m here, out on a 6 a.m. snow emergency call, conducting office hours, etc. This public perception out there that I’m not here doesn’t concern me. I’m concerned with the public perception of my voters. They’re not worried about petty problems. They want solutions, and having the ability to leverage philanthropy for Newark is a plus.”

While jittery over campaign strategy, even Booker’s most avid critics off the record say they don’t think Minor will have the campaign moxie to make any serious indentations.

But most observers also say the mayor will have to best Minor by 60% or more and help carry his incumbent city council running mates in order to justify any local political muscle flexing on May 12th – and to keep the star power wattage intact. 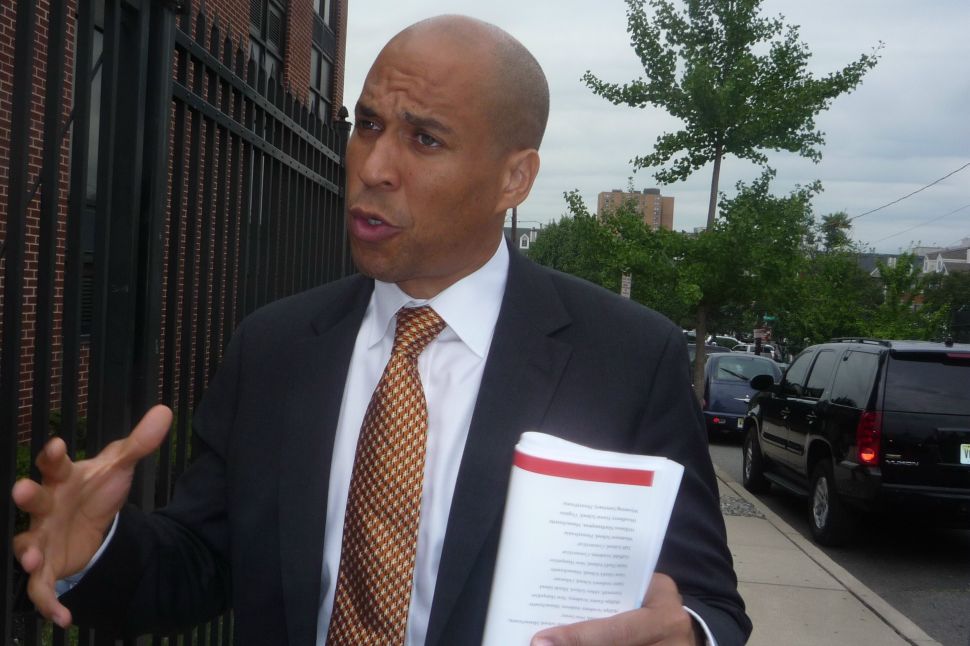