In comments on the governor’s plan to cut state spending to deal with the budget deficit, State Sen. Richard Codey (D-Roseland) was a bit less caustic than his successor, Senate President Stephen Sweeney (D-West Deptford).

Codey cautioned Gov. Christopher Christie to “explore the ramifications of all budget cuts” but stopped short of criticizing the new Republican governor, as Sweeney did earlier today.

“As a former Governor, I know firsthand that the position carries some very difficult decisions in order to balance the needs of New Jersey’s residents with the fiscal realities facing the State Treasury,” Codey said.  “Sometimes cuts have unintended consequences. For instance, requiring school districts to tap into surplus funds may result in a drop in their bond rating, triggering new mandated expenses and higher interest on previously-negotiated loans. This in turn could have a negative impact on the school’s operating budget, causing an increase in local property taxes.

Codey said, noting that Christie and Democratic legislative leaders are right about shoring up the state’s pension funds.

“When it comes down to it, there are no silver bullets to make up for multi-billion dollar deficits. It requires tough choices, conviction of leadership, and a little bit of foresight to understand how your choices will affect people trying to make a living in the Garden State.” said Codey.  “I look forward to reviewing the cuts proposed by the Governor some more, and working with him where I can to minimize the impact on New Jersey’s working families who can understand tough choices, but cannot afford mistakes.” 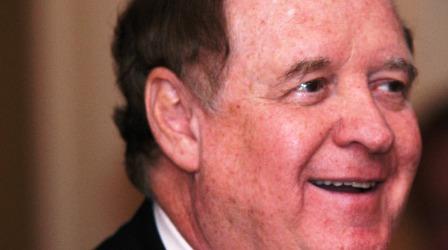