HAMILTON – Labor leader Assemblyman Wayne DeAngelo (D-Hamilton) says count him in as an interested and active pursuer of the senate seat in the 14th Legislative District.

“As of now, yes, I’m going to go forward and submit myself to the party’s democratic process,” DeAngelo said. “When we hit the date for a convention maybe we will be unified, but we won’t know until we get closer and we don’t yet have a date certain.

“Senator Baroni has done a very good job representing the district,” added the Assemblyman, reflecting on today’s news that state Sen. Bill Baroni (R-Hamilton) is Gov. Chris Christie’s choice to serve as deputy director of the Port Authority of New York and New Jersey. “I’m not surprised he took a position in the Christie administration. Given some of his votes, Senator Baroni would have a re-election challenge. From his perspective, working with the administration would be beneficial for him. Good for him.” 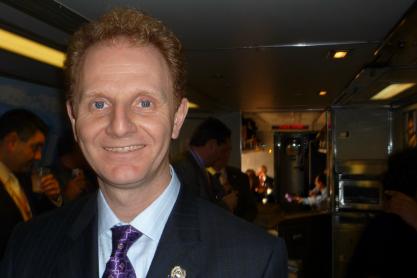