“The governor inherited a massive and unprecedented financial problem, but instead of raising taxes as Corzine did when he took office so he could increase state spending, the plan Christie outlined today is a dramatic break with the misguided policies of the past that only perpetuated our problems and made them worse with each passing year,” DeCroce said.

Corzine and McGreevey withheld state aid payment, DeCroce noted, “but they never took steps to make sure they wouldn’t have to do it again.”

“Our fiscal plight is the result of years of pandering to special interests and spending money regardless of the financial consequence. Many of our wounds were self-inflicted. Past administrations spent too much, borrowed too much and taxed too much. Instead of encouraging economic growth, creating jobs and making sure New Jersey remains an affordable place to live, residents were saddled with the highest tax burden in the nation and we now have the dubious distinction of being the state with the worst business climate in the entire country.”

The GOP legislative leader said that Christie’s plan will not force a property tax increase.

“Governments – at every level – must learn to live within their means and stop banking on bailouts and permanent ‘entitlements,’” DeCroce said. “The sacrifices and steps we make today will ensure the economic security for future generations.’ 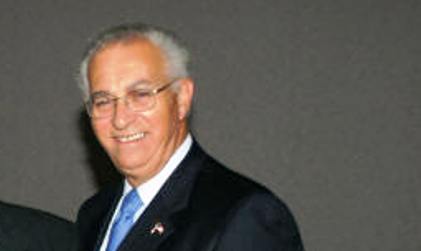