Smarting over the state Senate’s refusal to pass marriage equality and disillusioned at the moment with the Democratic Party majority, Garden State Equality’s 85-member Board of Directors unanimously decided against giving financial contributions to political parties and their affiliated committees.

Under the new policy, Garden State Equality will make financial contributions only to individual candidates and to non-party organizations that further equality for the LGBT community, according to a release issued this morning by the organization.

“No political party has a record good enough on LGBT civil rights that it can rightfully claim to be entitled to our money on a party-wide basis,” said Steven Goldstein, chair of Garden State Equality.  “No longer will we let any political party take our money and volunteers with one hand, and slap us in the face with the other when we seek full equality.

“Our Board of Directors felt so strongly about adopting this new policy,” he added, “that it unanimously decided to include it in the organization’s bylaws.”

Garden State Equality estimates that since 2005 they have given $500,000 to Democratic Party candidates, while giving only minimally to Republicans.

“Is this a broadside at the Democratic Party?” asked Goldstein. “Of course, it is.”

Infuriated with Democrats who shied away from the vote during last year’s lame duck session, including Senate President (then-Senate Majority Leader) Steve Sweeney (D-West Deptford), Goldstein said the party floundered helplessly even when it came to basic courtesy.

“With the exception of Speaker (Shelia) Oliver, who has had a long record of being a champion of equality, nobody in the Democratic Party’s leadership reached out to us,” said Goldstein. “Come on, if you’re Steve Sweeney, pick up the phone. If you’re John Wisniewski, pick up the phone. We have been the most unstintingly loyal organization to the party. Other than organized labor which is in its own league, no other constituency has been as loyal to the party.” 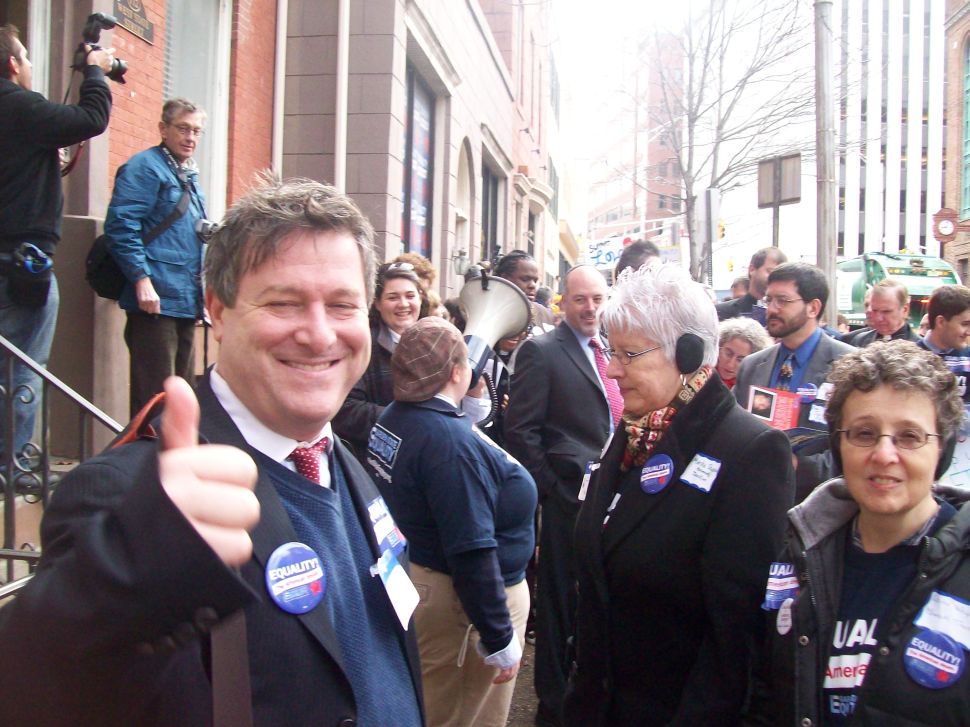