Andrews, who’s held the office since 1990, easily defeated Glading, a 50-year-old Barrington resident, in 2008.  The district is considered safe for Democrats, with about three times as many registered Democratic voters as Republicans (as in most New Jersey congressional districts in New Jersey, undeclared voters make up the single largest group).  In 2002 and 2006, Republicans did not field candidates to run against him.

But Glading looked at his own vote total two years ago as a good sign.

“I was inspired by the 74,000 of my fellow citizens who supported our grassroots cause in 2008. That why I’ve decided to rejoin the fight and run for Congress in 2010,” he said.

Glading said that he wanted to fight “out of control” federal spending and corruption.

“I will fight to cut spending, lower taxes and end backroom deals in the halls of Congress. The result will be more good paying jobs in our towns, more money in your pockets, and a renewed opportunity for all South Jerseyans to live the American Dream,” he said.

Camden County GOP Chairman Rick DeMichele followed up on Glading’s announcement with a statement of support.

“While Rob Andrews talks the talk, Dale Glading walks the walk.  Dale has first-hand experience as a civic leader whose mission is one of service and empowering individuals and communities.  This is a stark contrast to career politician Rob Andrews, whose equally passionate mission is to see that Rob Andrews advances his political career,” he said. 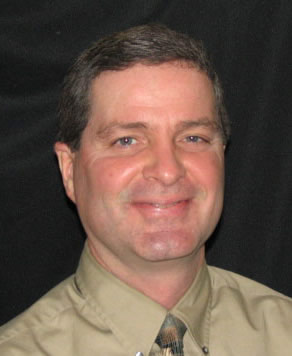