“We have seen the progress in the City of Newark – talk to me the day after the election,” said Gonzalez as he left City Hall yesterday, echoing the pre-dawn campaign confidence of Mayor Cory Booker, who acknowledged yesterday that he and his team won’t formally launch their campaign until March 20th.

Even though everything’s political right now, in an election year, part of the Booker Team’s calculation in truncating a full media campaign runway to just two months, is to prevent challenger Clifford Minor – James’s top of the ticket ally – from building any name ID, a strategy that especially helps a celebrity mayor and old time identifiables on the Booker ticket.

The strategy, however, doesn’t necessarily help Gonzalez, architect of the least obvious long-standing political base in the city among the four at-large incumbents – a status that makes him the most vulnerable incumbent if James builds traction, say Newark insiders.

Gonzalez is also the candidate in the at-large field most easily branded a Mayor Cory Booker political creation, giving opponents added incentive to make him a target as a way of wounding Booker, even if they can’t beat the mayor.

But the councilman – a North Ward attorney married to Deputy Mayor Margarita Muniz – appears to trust in his reelection chances and the Booker Team strategy, adding only, “No comment,” with a smile when asked about the James factor. 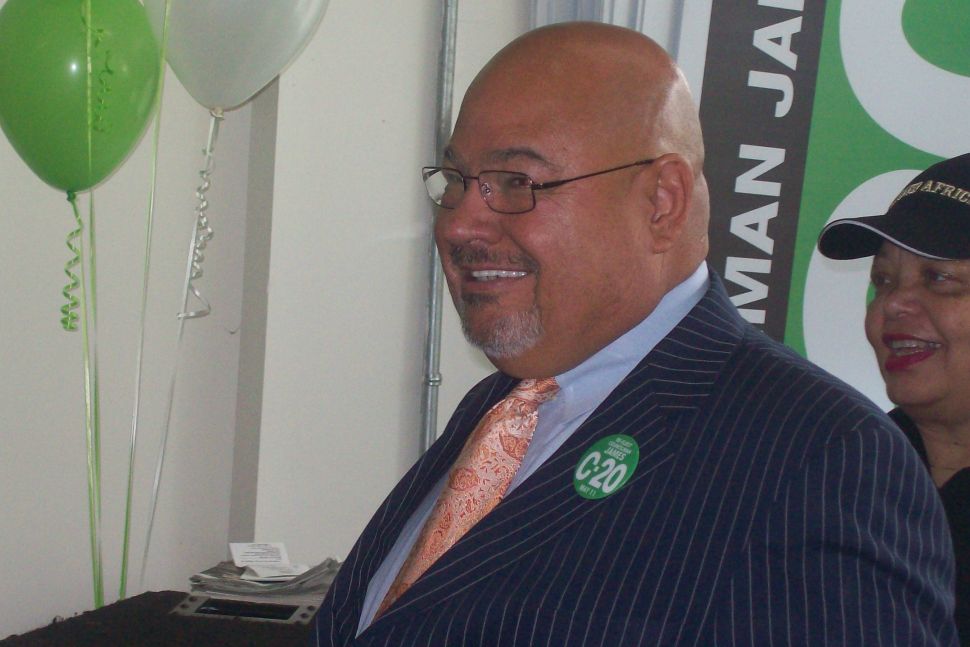