Heartened by a Superior Law Court’s recognition of Sequoia voting machine problems but not convinced today’s decision goes far enough by failing to require a voter paper trail, Assemblyman Reed Gusciora (D-Princeton) learned this afternoon of the results of his and constituent Stephanie Harris’s 2004 lawsuit against the State of New Jersey.

In deciding Gusciora and Harris against Gov. Jon Corzine, the court ruled that the state must install hardening and anti-virus applications and tamper proof seals to Sequoia machines, but stopped short of requiring the paper trail Gusciora sought.

Harris and Gusciora joined forces after she entered a voting booth and came out not knowing whether she had voted three times or not at all.

“It defies common sense that this process takes place,” said Gusciora. “The state should take note that this is an electronic age, and should retrofit Sequioa voting machines with a paper trail. At least in this decision there is a recognition that there could be security breaches.” 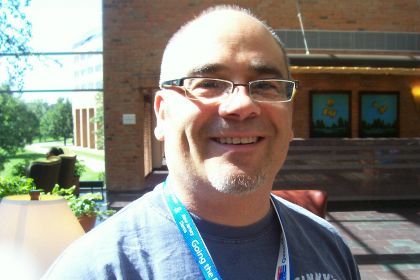