Republican congressional candidate Jon Runyan has kept his head low since returning to New Jersey two weeks ago from San Diego, where he finished his professional football career.

Runyan is expected stay quiet until the Republican parties of the three counties that make up the 3rd Congressional District – Ocean, Burlington and Camden – finish their screening processes for candidates to challenge freshman U.S. Rep. John Adler (D-Cherry Hill).

That’s partly out of deference to Ocean County GOP Chairman George Gilmore, who was miffed that Runyan, a Burlington County resident, declared his interest in running for the seat without consulting him.

Leaders of the Republican Parties from Ocean and Burlington counties – which make up roughly equal portions of the district – hope to avoid a messy primary like the one last year, which weakened the eventual winner, then-Medford Mayor Christopher Myers.

Gilmore, who plans to select members of the screening committee tomorrow (or later this week, depending on the weather), said that his party will probably start screening potential candidates next week.  So far, five hopefuls have signed up to screen, three of whom have already been reported: Runyan; retired U.S. Navy Rear Admiral Maurice “Mo” Hill, a Toms River Councilman; and Joseph Rullo, a former Democratic freeholder candidate who runs a solar energy company.

The two new candidates who have signed up to screen are Ocean Township Mayor Joseph Lachawiec and former Barnegat Committeeman John Novak.

Lachawiec, a 64-year-old disabled Vietnam veteran who served with the military in some capacity for 37 years, is retired, but used to work regulator and investigator for two gas companies.  He’s been an elected official in Ocean Township for about a year, and in the 1980’s served as a school board member for the Neshaminy School District in Bucks County, Pa.

Lachawiec said that he has first-hand experience on government’s actions affect the district’s small towns.

“We all face the same issues with less and less state aid, less and less taxes comin in because employment is way down, and I just feel like I have a better handle on that,” he said.

Lachawiec said he will not run in the primary if he does not win the Ocean County GOP’s endorsement.  Novak, a 51-year-old attorney who served one year of an unexpired term on the Barnegat council in 2007, is not sure.

“Depending on how that goes, I will have to evaluate my options,” he said. 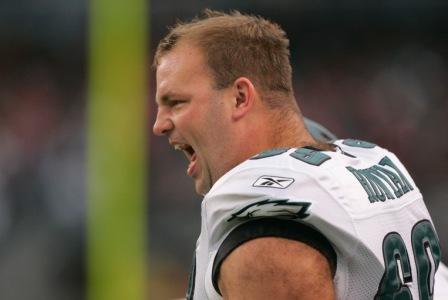