Michael Illions, a political activist, blogger and former professional wrestler who was making a long-shot bid for the Middlesex County GOP chairmanship, has quit the Republican Party altogether to help lead the state’s tiny Conservative Party.

“It’s good to be home where I truly belong,” Illions said in a written statement.  “This was a move I thought about making for quite a while now. As the National Republican Party and the NJ GOP specifically, move further to the left, further away from what I believe in and further away from adhering to the Constitution, it became difficult to tell the difference between the Republican and Democrat parties at times.”

As of Election Day 2009, the New Jersey Conservative Party had 130 registered voters, while the state Republican Party has 1.06 million (172,000 in Middlesex County alone).

Illions, who for 14 years wrestled under the moniker “A.J. Sparxx,” has often taken to his blog to lambaste moderate members of the Republican Party.  He was an outspoken supporter of former Bogota Mayor Steve Lonegan’s gubernatorial primary run against Gov. Christopher Christie,  though he did endorse gubernatorial daughter Kate Whitman for Congress in 2008 (Whitman, though pro-choice, said on the campaign trail that she was “more conservative than my mother”).

Illions is now the Conservative Party’s vice-chair and executive director.  He plans to expand the party’s ranks by reaching out to disenfranchised conservative Republicans and Tea Party activists. His departure from the GOP leaves no challengers to Assemblyman Sam Thompson (R-Old Bridge) for the Middlesex County Republican chairmanship. 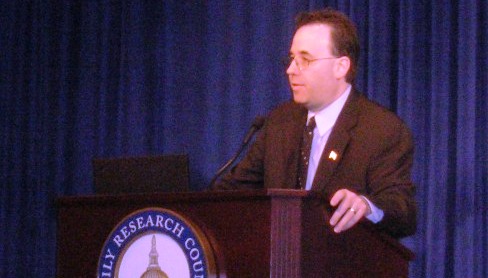