NEWARK – Not set yet but building toward April 20th, the field for the Newark School Board elections features a North Ward-backed team headed by a man Newark insiders say could be a future big time citywide candidate: civil rights attorney/Seton Hall Law School Professor Shavar Jeffries.

If Mayor Cory Booker had the Ivy League credentials without the Newark childhood – a combination that grates on the nerves of some older guard voters – the 35-year old Jeffries possesses the South Ward background in addition to degrees from Duke and Columbia.

He heads the Steve Adubato-backed School Board ticket, replacing Board chair Sammy Gonzalez, who was jettisoned this year as he faces state charges of absentee ballot fraud in connection with the 2007 campaign of his wife, state Sen. M. Teresa Ruiz (D-Newark).

On the team with Jeffries are school psychologist Ivan Lamourt and Shanique L. Davis Speight – wife of Central Ward Democratic Committeeman Andre Speight and a political piece in Adubato’s ongoing effort to strengthen ties in the Central Ward. If the Adubato-backed Jeffries proves an emergent political force, his South Ward roots would stretch an Adubato lifeline even farther south.

The other two teams – again, not settled – have Booker ties if not full-force Booker weight.

Insiders say that while the mayor has chosen not to play an active role in the School Board elections while focused on his mayoral reelection campaign, and indeed has not assembled one clean cut slate – the presence of players on two other tickets indicate that key Booker allies are going in their own directions with specific political intent.

Insiders say Oscar James of the South Ward, father of Councilman Oscar James II, appears to be the brain behind Karim Arnold’s South Ward-centric School Board candidacy, what would at the very least be an energy generator and organizational enhancement for James’s May 11th council race against Ras Baraka.

A third ticket coming together for the School Board race entwines the backing of former Schools Superintendent Marion Bolden and the Rev. M. William Howard, pastor of Bethany Baptist Church and a solid Booker backer.

Now, the mayor’s critics say the two-pronged tickets composed of Booker allies competing against each other indicate a recurring theme of Booker being unable to keep his people together – not a strong sign in the face of the Jeffries-headed school board ticket already up and running with a Website and generating an uptick in citywide Jeffrey buzz. 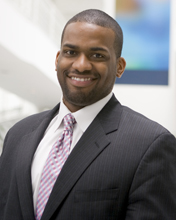