The Senate Judiciary Committee unanimously released the nomination of state Adjutant Gen. Glenn Rieth to continue as Commissioner of Military and Veterans’ Affairs.  Rieth, 53, was named to the cabinet post by Gov. James E. McGreevey in 2002, and reappointed by Governors Jon Corzine and Christopher Christie.  His nomination now heads to the full Senate for a conformation vote. 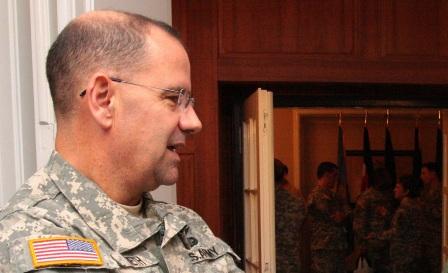