“While families in the 7th Congressional District are struggling, we need someone in Washington that is looking out for them, Congressman Lance is doing what career politicians do – raising money from the special interests and voting for their interests, not ours.”

The reports show that Lance received 60% of his total campaign contributions from special interests, said Potosnak, the bulk of which comes directly from Wall Street, big banks and the insurance industry.

Lance hit back when he learned of Potosnak’s critique.

“I receive contributions from many different areas,” said the freshman congressman, who denied the special interest influence of his contributors. “I have voted for credit card reform and believe we should strengthen the economy, not raise taxes. 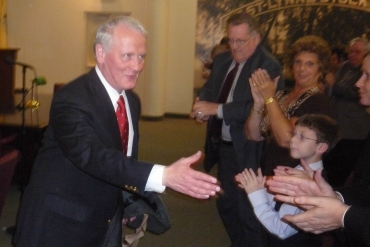