The surfacing of Tewksbury businessman and Tea Party conservative David Larsen as a GOP Primary candidate in the 7th Congressional District prompted speculation in Republican circles that the candidate is a creature of movement conservative Steve Lonegan, who lost the party’s primary last year to Chris Christie.

But it’s not true.

“We talked once,” said Larsen, in a conversation with Lonegan that contained no political calculation, no email list sharing or strategizing.

At his kickoff Friday night, four days in front of incumbent U.S. Rep. Leonard Lance’s (R-Clinton) formal launch tomorrow, Larsen’s people said they’re trying to build their own brand for their candidate. No disrespect to Lonegan – who defeated Christie in Hunterdon County in last year’s GOP gubernatorial primary – but they want to construct their own Larsen model that doesn’t depend alone on the Lonegan umbrella.

The executive director of New Jersey’s Americans for Prosperity (AFP), Lonegan said he likes the pro-life, pro-gun, anti-cap and trade Larsen early, and thinks he could make something happen against the moderate Lance, but worries about the long-shot challenger’s lack of observable political acumen.

“He’s a very sharp guy,” Lonegan said. “The standards, the principles and vision are all terrific. He just needs to put together a campaign. He’s really good, but such a neophyte. When we spoke, we had a nice conversation. I’m committed to running AFP right now, so I’m not going to run this guy’s campaign. Do I like him? Yes. He’s got a background like mine – a manufacturing businessman – and he’s the kind of candidate I like. I’d love to see this guy put together his own campaign. I don’t have a problem with them creating their own brand. That’s a good thing. But I never recruited him.”

Rick Shaftan, who last year served as Lonegan’s campaign manager, said Larsen’s willingness to put $300,000 of his own money into his congressional campaign is not insignificant.

“Until candidates show they can be viable, it’s not worth getting involved,” said the veteran movement conservative political operative. “A congressional candidate needs to have $20,000 or $30,000 cash on hand on March 31st, the end of the reporting period. It has to be in the bank, otherwise that person is not going to be a real candidate.

“I’ve spoken to David Larsen,” Shaftan added. “He’s an articulate guy and has the right views on the issues. Do I think he could beat Lance? Yes, I do. Lance won the 2008 Republican Primary with a plurality. Marty Marks (the former mayor of Scotch Plains) tried to win with a conservative message, but he couldn’t put it together. But a candidate who depicts Lance as out-of-touch, if he puts real money into it, can win. Larsen saying he would put $300,000 in suggests to me that he is a real candidate.”

Trying to truncate right out of the gate Larsen’s effort to position himself as the bonafide conservative in the race, the Lance campaign tomorrow morning plans to launch on a Hunterdon County stage alongside movement conservative darling, state Sen. Michael Doherty (R-Washington Twp.). 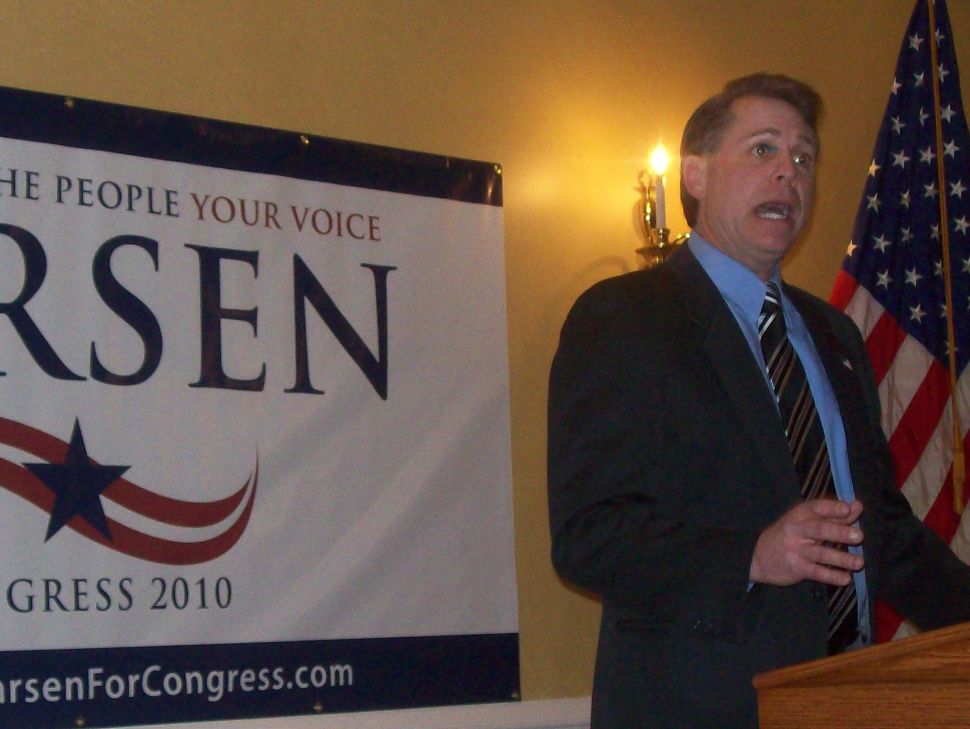