TRENTON – In his first speech in this chamber, Gov. Chris Christie presented a tough medicine budget address this morning to a joint session of the legislature, urging lawmakers to come across a divide at a time of fiscal crisis rather than seek to protect their own individual pieces of turf as Christie tries to plug a $2.5 billion budget gap.

“New Jersey is in a state of fiscal crisis,” said the Republican governor. “Our state’s budget has been left in shambles and requires immediate action to achieve balance.”

Christie’s 375 line items of cutting include freezing state aid to New Jersey Transit, a $62.1 million reduction in aid to county and senior public colleges and universities, a $12.6 million reduction in hospital charity care, and, maybe most controversially, a $475 million series of cuts to education aid.

There were mechanical problems on the Christie government side, according to sources close to Democratic leadership who said they expected to see the fine print of the governor’s proposed cuts last night – but didn’t. Some Republicans worried that the breakdown would give Democrats further incentive to go on the attack. Some Democrats have quietly complained already that they believe Christie’s proposal disingenuously would allow a sunset on tax cuts for the wealthiest New Jerseyans while slashing programs and aid for the most vulnerable.

“I’m waiting to see the full picture, specifically in education,” Ruiz said. “I understand we’re in dire economic times, but I think if we’re trying to be prudent, we’re giving a mixed message by targeting school districts that, in effect, by having a rainy day fund, were prudent.

“I understand it’s very difficult for him to be in the position he’s in,” Ruiz added. “We have to make sure we’re doing our due diligence.”

“It’s a New day in the state of New Jersey, and we don’t want to continue the failed practices of the past, but that being said, behind programs there are people’s faces attached, and we have to be sure it’s done in the most appropriate way.”

Republicans, of course, applauded loudly for the new governor, taking up the slack from Democrats on the other side of the aisle who were mostly more subdued.

“It’s harder when you’re part of the party that’s proposing the cuts,” said Assembly Minority Conference Leader Jon Bramnick (R-Westfield). “I’ve been in the minority since I came down here to serve in the Legislature. And I was in the minority when I was on the Plainfield City Council. It’s a different role.”

But, he added, the GOP is ready.

“The patient is sick and requires medicine,” said state Sen. Joseph Pennacchio (R-Montville). “Nobody’s happy about this, but we need something to stop the bleeding. I’ve known Chris  for a long time, and Chris is no nonsense. I hope we can get bipartisan support on this. We’ve already raised taxes and run deficits, and we have to get spending under control. When Chris told citizens he would cut spending, he meant it.”

“People got a taste of Governor Christie today,” O’Toole said. “Certainly you will have a sense of institutional denial, but as the governor pointed out in his speech, none of those school aid cuts will effect teachers’ salaries.

A fellow Essex legislator on the other side of the aisle, Assemblyman Thomas Giblin (D-Montclair), said he’s in wait-and-see mode.

“Personality-wise he comes across five times better than Corzine and, of course, he’s looking to make a statement because he has the support of the public and media,” Giblin said. “We’ll have to see how the numbers play out in some of these school districts. Until we see the numbers, it’s hard to analyze it. We have to look at it.” 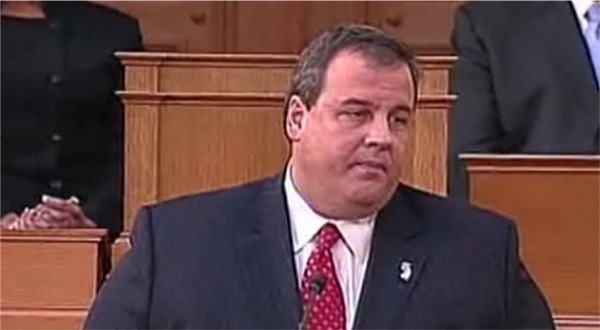