State Sen. Joseph Kyrillos (R-Middletown) is quiet about who the Republican establishment is going to back against U.S. Rep. Frank Pallone (D-Long Branch) this year, but he insists there will be a real challenge to the entrenched congressman.

“I think it’s sorting itself out, but it will be a competitive district,” he said.

Although Kyrillos won’t say who the emerging favorite is to take on the daunting task of running against Pallone and his $4 million war chest, Republicans with knowledge of the district’s politics point to millionaire Two River Times publisher Diane Gooch as the favorite.  Because of her deep pockets, she supplanted Assemblywoman Mary Pat Angelini (R-Ocean Twp.) as the most likely choice of the establishment GOP, according to sources.

The Sixth Congressional District has almost three times as many Democrats as Republicans, but Republicans hope to force Pallone, a statewide office hopeful, to spend some of the campaign cash he’s been able to hold on to through the past several election cycles, when he’s faced token opposition.  And so far, Republicans have had a much easier time recruiting possible challengers for what was once considered a kamikaze mission.

Assemblyman Sam Thompson (R-Old Bridge), who is in line to become the next Middlesex County Republican chairman, said that he knows of four people interested in running in addition to Gooch and Angelini.

One, Fabrizio Bivona, is a political newcomer.

Bivona actually lives in Bergenfield – about 35 miles north of the district.  But even though federal law only requires candidates for Congress to live in-state and not necessarily within the district (Gooch actually lives just outside the district’s boundaries), Bivona plans shortly to move to Neptune, in Monmouth County.

Bivona is a career firefighter and paramedic who was a first responder at the World Trade Center on 9/11.  In 2004, he published a book about that day titled Gone but not Forgotten, and recently became an outspoken critic of the Justice Department’s original intention to try accused 9/11 mastermind Khalid Sheikh Mohammed in New York.  He could not immediately be reached for comment.

Also contemplating a run is Pastor Shannon Wright, a Democratic-turned-independent (and now Republican?) who managed GOP gubernatorial candidate Brian Levine’s primary campaign before quitting to mount her own gubernatorial bid, then dropping out of before submitting petitions because of her mother’s illness; John Henderson, a former Highland Park council candidate; and Monmouth County Freeholder Director Bill Barham. 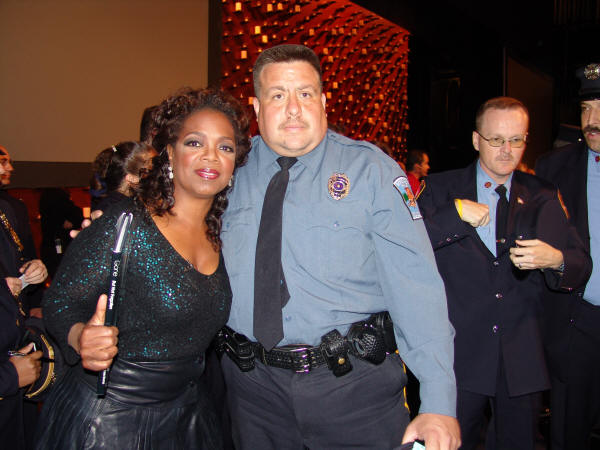