“During these past few weeks I have connected with several grassroots organizations that are committed to bringing government more in line with the core conservative values which are the foundation of our country. Republicans clearly share this philosophy of government,” Little wrote in a letter to state GOP Chairman Jay Webber.

“I look forward to working with the County Republican Committees, and these enthusiastic groups, to further Republican ideals, and win the 6th district seat for the Republican Party, and the people of 6th district,” she added.

A former Monmouth County Freeholder who warred infamously with then-Monmouth County GOP Chairman Adam Puharic, Little is the first candidate to announce her intention to seek the nomination. 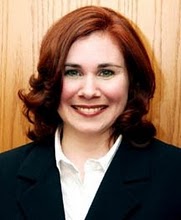