“The legislation will create even more powerful and destructive affordable housing bureaucracy than curently exists: hybrid super-bureaucracy that combines the State Planning Commission, the Economic Development Authority, the Home Mortgage Finance Association and the Commissioner of the Department of Community Affairs into a super bureaucracy that puts COAH on steroids,” fumed Lonegan, who intends to  launch a radio and Internet campaign in opposition to the proposal in his capacity as state director of Americans for Prosperity.

Lonegan and Christie spent a portion of their GOP primary battle scrapping semantically over how to best demolish COAH, a state board shouldered with the obligation of creating fair and affordable housing options for all of New Jersey’s towns, in accord with the Mount Laurel court decision. Both men argued that COAH has placed an undue burden of cookie cutter affordable housing development requirements on suburban towns.

“This bill does not ‘gut’ COAH,” said Lonegan, selecting Christie’s action verb of choice during last year’s primary. “It shifts its power to a more complex and authoritarian bureaucracy. …Chris Christie must live up to his commitment to end COAH, not make it even worse.”

A statewide leader on COAH reformer, Bridgewater Mayor Patricia Flannery disagrees with Lonegan, and praised the bill as “an excellent beginning,” noting that it’s not in its final form and still requires more specific language.

“Anything is a good start,” the Republican mayor said of a methodology that at various times has required one affordable housing unit for every nine market rates homes built, or one per five –  a failure in implementation, she said.

“This bill shifts the burden back to the municipality, so that we control our own destiny, as opposed to somebody who’s never been in Marlboro and never looked at GIS maps dictating that Marlboro needs to produce X number of affordable housing units,” said Hornik, a Democrat who testified at Lesniak’s Economic Growth Committee hearing on Monday.

“COAH is one of those things everyone knows is broken,” the mayor added. “The bottom line is it’s failed in its mission. The governor has a transition report in place that says COAH needs to be reformed or abolished. The governor himself has spoken, and said that he wants to gut COAH. I hope when S-1 gets to his desk, he signs it, because that’s what it does.”

Hornik said he’s struggling right now under a COAH order to build 1,700 affordable housing units in a town of 30-square miles with a population of roughly 43,000 residents.

“That would balloon our population to almost 70,000 people,” said Hornik. “At the end of the day, this reform would allow the market to decide what kind of housing is built here, not an arbitrary centralized planning system.”

Also in attendance at Monday’s hearing before the Senate Economic Growth Committee was Perth Amboy Mayor Wilda Diaz, who hasn’t decided whether she supports Lesniak and Bateman’s reform.

Diaz went to remind lawmakers that something needs to be done to scrap a broken system and replace it with something that works.

In 2008, the legislature tried to do away with regional contribution agreements (RCAs) that for years enabled affluent communities to satisfy their COAH affordable housing obligations by striking deals with urban areas like Perth Amboy – a reform effort that upon implementation further confused the mayors of municipalities trying to meet their quotas.

The result in the Middlesex City – compounded by an already dreadful economy – is that affordable housing development has stalled.

“We want to reinstate the RCAs,” said Diaz, referring to a key component of COAH-as-you-know-it. “They are the key reason for us to receive funds, and these are monies that would help us rehabilitate homes and launch further projects. Our residents need help, and historically, Perth Amboy has always had affordable housing.”

But Diaz also acknowledged the need for reform and wants a balancing act, hinging on local control. A state mandate of too many affordable housing units in Perth Amboy, for example, would drastically interfere with the city’s simultaneous efforts to develop ratables.

“We have areas of development where we don’t want restrictions,” Diaz said. 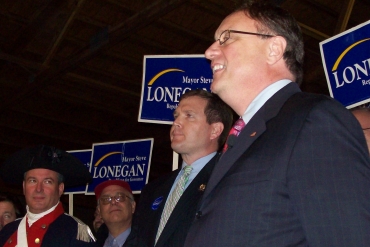