“The Deputy Executive Director is supposed to stand up for taxpayers and against union special interests who are constantly demanding contracts that pay exorbitant prevailing wage rates,” Lonegan fumed in a statement. “Yet Governor Christie wants to reward Bill Baroni, who has one of the most liberal anti-taxpayer and pro-big labor voting records of any Republican in Trenton, to this post. This appointment is a slap in the face to New Jersey taxpayers and I strongly urge the governor to rescind this appointment.

“Bill Baroni also provided one of the more serious blows to New Jersey businesses when he cast the deciding vote for the Paid Family Leave bill.” added Lonegan, executive director for Americans for Prosperity. “His vote was a direct hit against businesses that are struggling just to survive in a state that has the worst tax climate in the country. There is no reason to think Bill Baroni will act any differently at the Port Authority.” 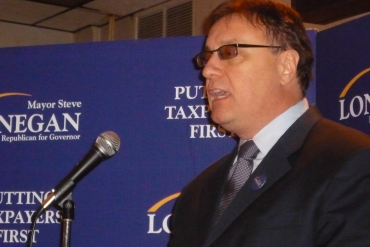