Beyond the national news headlines and party worries about an all-out impaling come November underscored by U.S. Rep. Patrick Kennedy’s (D-R.I.) retirement announcement last week, Kennedy’s decision impacted a small and dedicated band of fundraising followers who every year since Kennedy went to Washington, D.C. have gathered at the Passaic family home of Councilman Kenneth Lucianan to raise money for the family political scion.

A friend who spent part of his honeymoon with his new bride on Kennedy’s boat, Lucianan said Kennedy’s decision not to run again surprised him, but won’t prevent the congressman’s New Jersey allies from moving ahead with this year’s scheduled April 1st party.

“We’ll give the money to the Kennedy Library or Patrick’s mental health clinic,” Lucianin said. “He’ll have the same laugh and the same hug. He’ll be fine. It’s just sad the time has come for him to do what he wants to do. Remember, every picture that is taken, every hand he shakes, he understands that the torch he had to carry was not only that of his father, but of his two uncles. He understood he covered decades of American politics. This is going to be the first time since 1946 (When then-U.S. Rep. John F. Kennedy was sworn-in) that there won’t be a Kennedy in Congress.

“Having said that, Patrick left the door open for a return,” added Lucianin, who attended the Rhode Island congressman’s first swearing-in ceremony 15 years ago, and went to the late U.S. Sen. Edward Kennedy’s funeral last year.

“He’s been a good friend,” Lucianin said of Kennedy. “I’m going to miss that part of the friendship. I never put a dollar amount on him, on the events we did. We never talked about the amount. He just liked the cast of New Jersey characters, and he did really well with them. It was former Gov. Brendan Byrne, after all, who chaired his father’s presidential campaign against Jimmy Carter. What this is going to be in April is the party here thanking Patrick for his years of service, and a chance for Patrick say ‘thank you’ to New Jersey.” 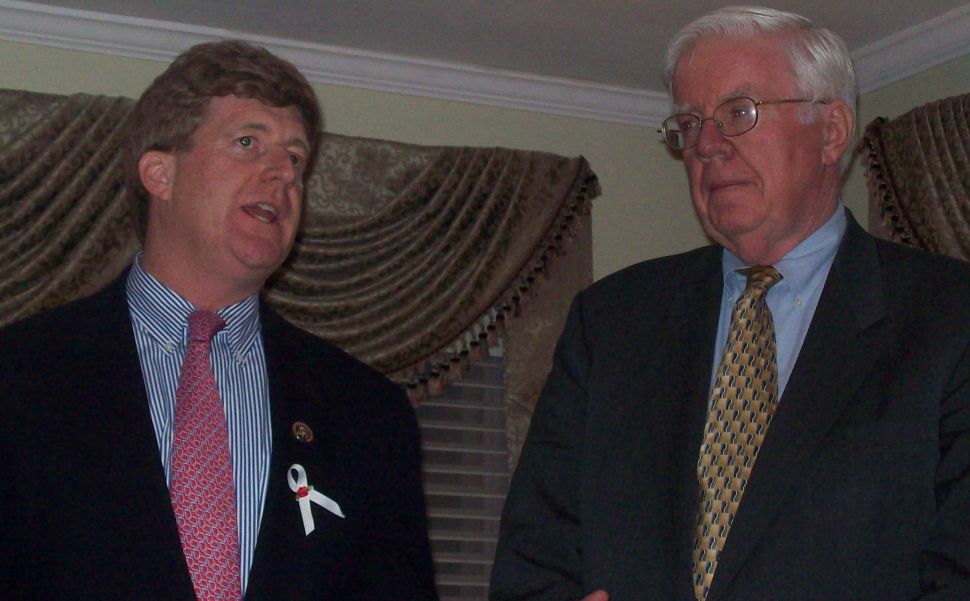