Faced with another delay in her lawsuit against former Assemblyman Louis Manzo (D-Jersey City), who is under federal indictment on corruption allegations, fundraiser Dannielle Leigh accepted a $10,000 settlement yesterday.

Leigh, who raised money for Manzo’s unsuccessful 2007 Democratic primary bid for state senate, had hoped that the trial – the culmination of a lawsuit that has dragged on for several years – would begin yesterday.  But she was told that no judge would be available to preside over it for several months.

“It was either take a settlement now or wait three months. That’s chasing a ghost, because even if I got a judgment – which I’m sure I would have – I would have to then get it from him, and who’s to say then how long that would take.”

In August, an arbitrator ruled that Manzo should pay Leigh over $23,000, but he appealed the decision.

Manzo, a five time Jersey City mayoral candidate, and his brother, Ronald, were arrested in July for allegedly accepting $27,500 in bribes from an FBI informant posing as a crooked developer.

Nazor said that Assistant U.S. Attorney Christopher Gramaccioni, who is the lead prosecutor on Manzo’s case, contacted him on Tuesday.

“I requested that I resolve this matter first and I’d be happy to speak to him. He agreed for the moment not to subpoena anything I have in my files or the testimony,” said Nazor.  “I could get a phone call any day now.”

Nazor said that he will probably not resist a subpoena. 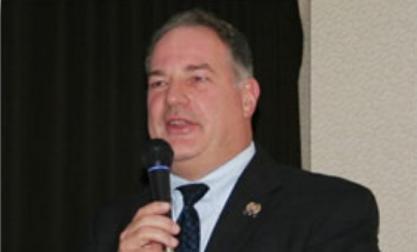