NEWARK – Mayoral candidate Clifford Minor promises to field a Latino on what is now only his partially formed Newark’s Choice ticket, he told PolitickerNJ.com.

Minor, a retired Essex County prosecutor and municipal judge, said his decision has nothing to do with hearing on-the-trail politically correct groans about his all-black ticket.

He always intended to run with a Latino(a) – one of the reasons attorney Juliana Blackburn Maldonado was on his team, before abruptly pulling the plug on her candidacy for professional reasons.

“That will be coming out very shortly,” said Minor, referring to plans to unveil a running mate from the heavily Latino North Ward.

Blackburn Maldonado, in fact, helped Minor find her replacement – who is already in place, added the mayoral candidate. He’s just not yet ready to make the name public.

“We are not going to say that we are not multi-cultural in our approach to running the city, but understand, there is a lot of pressure being put on people in the North Ward,” Minor said. “Some people have been told not to get involved. They (the North Ward Democratic Organization) are concerned with the team we have already assembled because they are vulnerable.”

Minor admitted it was unfortunate that he had to kick-start his campaign without Blackburn Maldonado – who bailed a week before Newark’s Choice’s formal launch –  or a replacement.

But he felt committed to lifting off when he did on Jan. 27th.

“You have to launch at some point,” said Minor. “My candidacy was quiet, and we had to do something at a certain point. There is a period of public time you need to build the necessary momentum, and so we decided we would launch, notwithstanding Ms. Maldonado’s reasons for leaving. Her reasons for leaving satisfied each one of us, and she’s been helpful since, as she helped pick a successor.”

In a short interview this morning on the same day Booker plans to deliver his State of the City address, Minor swatted aside the suggestion that he’s not campaigning hard enough to win.

“I’m doing the grassroots thing,” he said. “I’m out right now and so are my running mates. We’re knocking on doors. We’re having coffee klatches. Just because we don’t get articles in the paper doesn’t mean we’re not serious about the campaign. We’re doing something serious every single day.” 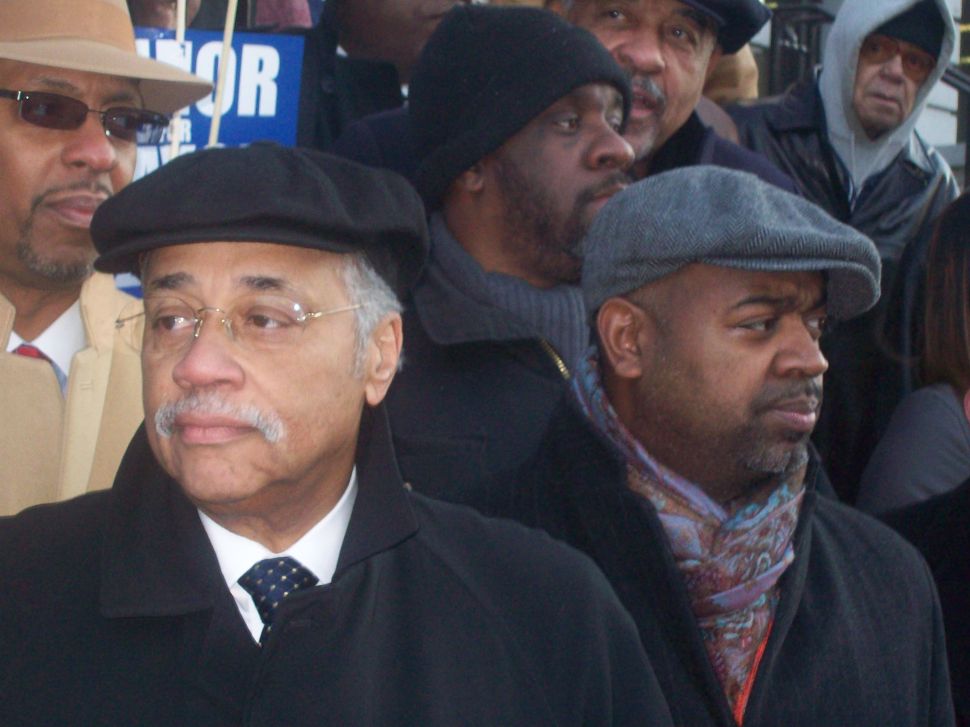