There are no more candidacies in Michael Murphy’s future.

“People ask that question all the time, and my glib answer is I’m making too much money to run and not enough to win,” said Murphy, a former Morris County prosecutor who came in third in the 1997 Democratic gubernatorial primary, in a brief interview yesterday.

Murphy’s name continues has surfaced frequently in recent years as a potential candidate for one office or another.

“If there’s someone with higher political aspirations and who’s extremely qualified in my family, it’s my brother Brian,” he said. 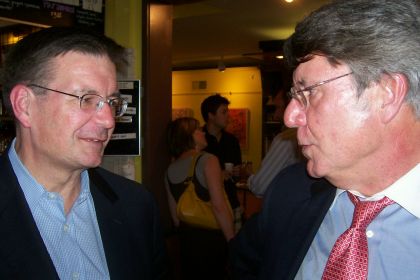