Every time Timothy Geithner appears before a Congressional committee, I fantasize. I imagine that we are in a different world, a movie world. Instead of the George Costanza character we have before us, making excuses, we have George Clooney, channeling Jimmy Stewart. He smiles that Clooney smile and interrupts whichever grandstanding Republican or phony Democrat is trying to rip him a new one.

“Congressman,” he says, “I’m not going to sit here and make any more excuses. You know as well as I do that I’m no good at this. Not only can I not help homeowners, I can’t even sell my own house in Larchmont. The banks have me in their clutches to such an extent that I can’t go to the bathroom without asking for a hall pass. You know that I am no Alexander Hamilton. I’m not even a good imitation of Hank Paulson. Let me to put it to you another way: I quit.”

Geithner/Clooney gets up, turns around and walks out. Fade out.

Since real life isn’t cinema, we’re not likely to experience such a moment. It’s more likely that Mr. Geithner, if he goes, will go the way of Donald Rumsfeld. President Obama will promise to keep his Treasury secretary until the bitter end—and then jettison him after the midterm elections.

Now, it’s right to ask if all of this is a bit hasty. Is Mr. Geithner being blamed for circumstances beyond his control, sort of like blaming a TV repairman for a set that conked out because of gamma rays from Martian invaders?

The case for keeping Mr. Geithner is fairly simple. It boils down to this: Mr. Geithner actually hasn’t done a bad job; he pulled us back from the economic brink; and whatever ill effects we’re still suffering are leftovers from the Bush administration, and the policies of his Treasury secretary, Henry Paulson.

The problem with that defense is that it would work for pretty much anyone on the planet except Tim Geithner. As president of the New York Fed, he was too enmeshed in the policies of the last administration to claim innocence, and he was the key architect of the Bear Stearns bailout and the key non-architect of the Lehman Brothers non-bailout.

But Mr. Geithner’s problem isn’t even the bailouts—not his role in the rescue of AIG, with its back-door $62 billion bailout of the banks that were AIG’s counterparties, nor Mr. Geithner’s effort to keep the whole thing under wraps.

The problem is more fundamental. When Mr. Obama appointed Mr. Geithner, he surely knew that the gentleman from New York was in the pocket of the big banks. He didn’t have to comb through Mr. Geithner’s phone log during the financial crisis, which showed him on the line with Wall Street CEOs as incessantly as a lovesick teenager hounding a cheerleader. All he had to do was skim the public record. Mr. Obama wanted an insider, and he wanted continuity, and he sure as hell got both.

So that’s that. To the curb Mr. Geithner must go. As for his replacement, what’s needed is the Un-Geithner, a man of stature and confidence, beholden to no one. In other words, Warren Buffett. It’s often forgotten that Mr. Buffett rushed in to rescue Salomon Brothers when its traders were caught cornering the Treasury market in 1991, so he has experience in the “rescue” and “confidence-building” departments. When necessary, Mr. Buffett will be all over the banks like the cheap suits he favors. He’s got the moxie to face down the likes of Jamie Dimon when Mr. Dimon says that financial crises are to be expected every five to seven years. The man with the famously long view can change the culture of short-term profit-running that has infected Wall Street.

If Mr. Buffett doesn’t want to leave Omaha, there are other options. Paul Volcker is a bit long of tooth, but he fits the bill: an elder statesman who can win the trust of the markets and the public. He’s tall enough to stare down bankers, and blow smoke in their faces if the occasion demands. He’s a man who can get the bankers to lend, even when they’d rather build up their capital.

Neither of these men are George Clooney, by a long shot. But we’ve already seen that movie, and it’s not an experience we want to sit through again.

Gary Weiss is a financial writer based in New York. 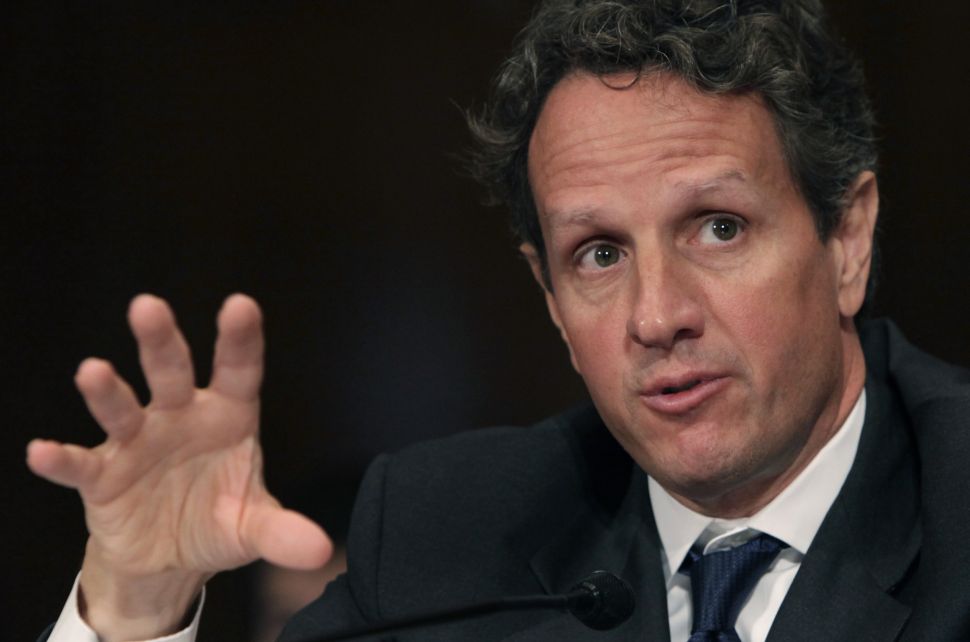