In an address to a joint session of the Legislature announcing spending cuts to deal with the state’s $2 billion deficit, Gov. Christopher Christie didn’t mention his predecessor, but made it clear that he is holding Jon Corzine accountable for the state’s fiscal woes.

Christie’s second line: “The old ways of doing business have not served the people well, I said, and I asked for your help in bringing about change.”

Line four: “Our state’s budget has been left in a shambles and requires immediate action to achieve balance.”

Line six: “The budget passed less than eight months ago, in June of last year, contained all of the same worn out tricks of the trade that have become common place in Trenton, that have driven our citizens to anger and frustration and our wonderful state to the edge of bankruptcy.”

And lines seven through sixteen: “What do I mean exactly? This year’s budget projected 5.1 % growth in sales tax revenue and flat growth in corporate business tax revenues. In June of 2009, was there anyone in New Jersey, other than in the department of treasury, who actually believed any revenues would grow in 2009-2010? With spiraling unemployment heading over 10%, with a financial system in crisis and with consumers petrified to spend, only Trenton treasury officials could certify that kind of growth.   In fact, sales tax revenue is not up 5%, it is down 5.5 %; and corporate business tax revenue is not flat, it is down 8%.   Any wonder why we are in such big trouble?  Any question why the people don’t trust their government anymore and demanded change in November?  Today, we must make a pact with each other to end this reckless conduct with the people’s government.   Today, we come to terms with the fact that we cannot spend money on everything we want.  Today, the days of Alice in Wonderland budgeting in Trenton end.” 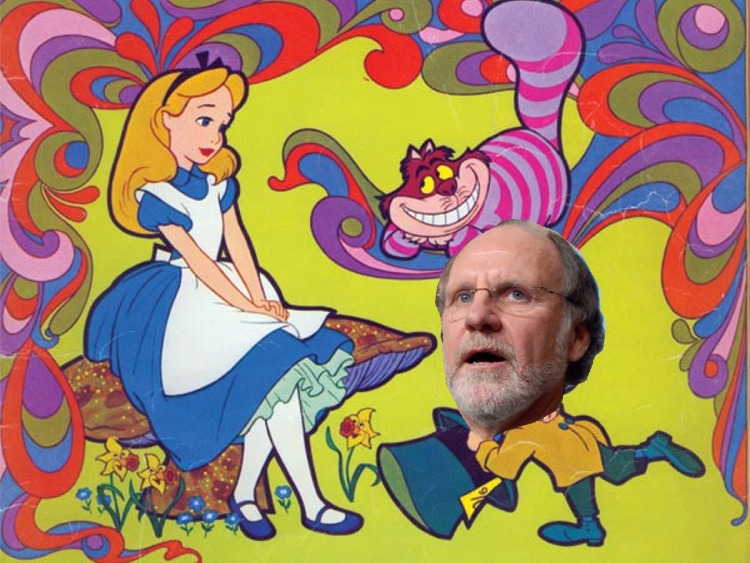