Update, Thursday: Due to the weather, the Bergen County Democratic convention has been postponed to an unspecified date.

Former Bergen County Freeholder Julie O’Brien has withdrawn her name from consideration to run again for freeholder this year, instead endorsing Northvale Mayor James Hogan to run for an open seat in the November election.

“Because of the size of the field, remaining in the process has the potential to jeopardize the incumbents.  I have decided in the interest of party unity to give my support to the Chairman’s candidate, John Hogan,” O’Brien wrote in an email that was read to county committee members at last night’s “Candidates Night” at Bergen County Democratic headquarters in Hackensack.  “John is a good man and will be a good Freeholder and I plan to nominate him at the convention on Thursday.”

Despite a storm that could dump nine to eleven inches of snow in the region, Bergen Democrats plan to push ahead with their convention at Hackensack High School tomorrow night, where they will award candidates the coveted party line.

O’Brien, who narrowly lost her seat last November, was one of eight candidates who submitted their names to run for the seat of retiring Freeholder Tomas Padilla. 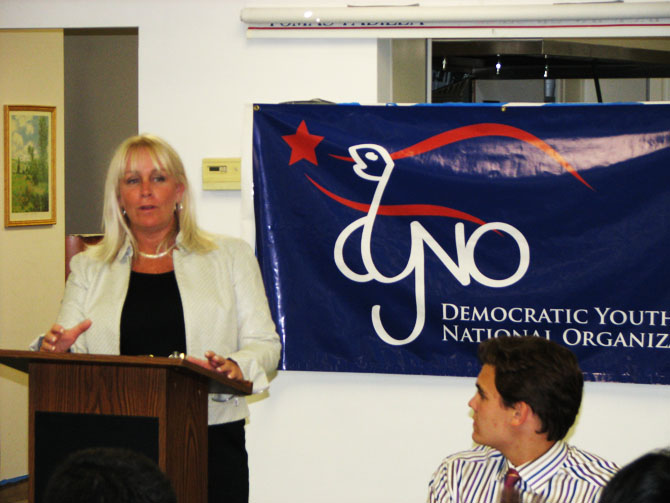