TRENTON – State Sen. Ray Lesniak’s (D-Elizabeth) Economic Growth Committee today unanimously passed a bill-tweak blocking local residents’ efforts to stymie tax breaks for a casino development project in Atlantic City – a move Lesniak and other lawmakers say will fast-track crucial economic development in the city, but which foes bewail as simply a big business giveaway at the expense of democracy.

“Scheduled to open in 2011, Revel will make a $2 billion investment for New Jersey contractors and subcontractors and will produce $134 million a year in State and local revenues, not including income and payroll taxes,” he added. “This investment will create 2,600 construction jobs and 5,500 permanent jobs at the Revel site and another 2,500 construction and permanent jobs from manufacturing vendor, supplier, professional, and consultant work related to the project and its infrastructure, for a total of nearly 11,000 jobs. Revel is not just another casino.  It’s a $2 billion investment in making Atlantic City a tourist destination, something that must happen for it to compete with new gambling attractions in neighboring states.”

But an eclectic coalition of opponents, including Steve Lonegan, president of Americans for Prosperity; Seth Grossman, executive director of Liberty and
Prosperity; Bob McDevitt, president of Unite Here Local 54; and Jeff Tittel, executive director of the Sierra Club, criticized the bill as a retroactive crucifixion of local voters who wanted a referendum on Morgan Stanley’s Revel project.

“Citizens usually take ordinances to referendums in situations when their rights have been trampled and the town council has arrogantly discarded public option on a development project,” said Tittel. “In some towns where citizens have seen elected officials indicted or sentenced to jail, a referendum is a safety net that can be used to block a project that is the result of corruption and greed.

“This is a bill under the guise of economic stimulus that would block citizens from taking an ordinance to referendum,” the Sierra Club dirtector added. “This is an economic stimulus act that can put the citizens of a town in debt, and yet they can’t have a say in it. We’re turning the state into a developer-led oligarchy giving.”

Lonegan and Unite Here Local 54 chief McDevitt likewise added their voices in objection to Lesniak’s efforts to move forward with what ultimately amounts to a break for Revel on a quarter of its annual state sales and room taxes for the first 29 years of operation, totaling around $300 million.

“It is no secret that Morgan Stanley has refused to provide the casino project any more money,” said McDevitt. “Morgan Stanley received $10 billion in TARP money and paid out $14.4 billion in salary and bonuses last year.  If Morgan Stanley isn’t going to finance the project, why should the taxpayers of New Jersey? Every dime that the state gives Morgan Stanley’s casino project is money we don’t have for property tax relief, to help our municipalities, for education, and for so many other worthwhile causes.”

“Under no circumstance should New Jersey’s over burdened taxpayers be taxed even more to bail out another big bank debacle. If the state has money for this bail out, the state should be cutting taxes for all businesses, not just Morgan Stanley’s casino project, Revel,” said Lonegan.

Anticipating support in the Assembly for the bill he co-wrote with Polistina, Amodeo today defended the committee’s green lighting of Lesniak’s amendments.

“I think we have to look at the big picture and where this is going to take us in the future,” said Amodeo. “Ultimately, we have to go where the investment is and where people are putting money into our town. We feel this district needs the boost with Revel construction. This is a hotel convention center with 16-17 retail outlets and the biggest projected arena in town other than Boardwalk Hall. Our district needs the jobs, and we need casinos to be successful.” 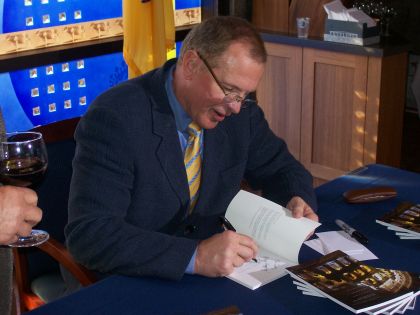