The brother of U.S. Rep. Frank Pallone has announced his candidacy for the Long Branch City Council.  John Pallone, who served as a Councilman from 1990 to 1994, said today that he would run with David Brown, the former Roselle Business Administrator and now the Plainfield Public Works Director.

Frank Pallone began his political career as a Long Branch City Councilman in 1982 and then scored a surprise victory when he ousted Republican State Sen. Brian Kennedy in 1983.  Pallone held the seat against Gerri Popkin in 1987, and then beat Joseph Azzolina in a 1988 congressional race after twelve-term incumbent James Howard died.  John Pallone gave up his council seat to challenge Mayor Adam Schneider in 1994. 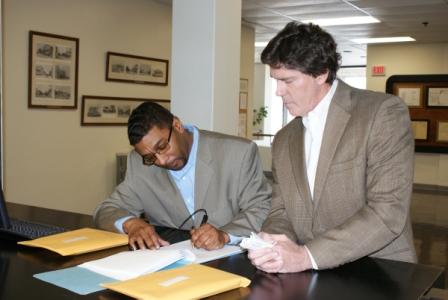