NEWARK- If he enjoys the affections of inner players but lacks organizational support, it least Peter Pantoliano has the Sundance Channel.

His East Ward council candidacy stumbled early – Councilman Augusto Amador’s allies would say fatally – when Pantoliano acknowledged that his campaign fudged information about where he received an online PhD – from a non-existent school, in fact – an embarrassment that prompted a retreat as fast as his partisans had hoped to cry “Charge!”

Still, Pantoliano is enjoying Booker largesse, if only indirectly and in a way that may entertain cable television audiences if fail to generate votes in the East Ward, as a camera crew from the Sundance Channel’s “Brick City” television series – drawn to Newark by the Booker magnet – shadows Pantoliano on the campaign trail.

“I got a call from the producer the other day, and he said, ‘Peter, what are you doing to my crew?'” said a typically ebullient Pantoliano, whose failure to break up Booker’s political alliance with Amador doesn’t interfere with his ability to make big events, like this one here at the Newark Club, a fundraiser for Booker Team member At-Large Councilman Luis Quintana, another Pantoliano pal.

“I asked the guy, ‘What are you talking about?’ and he told me, ‘My people love being around you, now all they want to do is follow you around, you’re larger than life,'” said Pantoliano, who’s already handed in his petitions.

Having blanketed the ward in Pantoliano for Council signs, the challenger insists that his ability to generate attention “is eating Augie alive,” but East Ward insiders say Pantoliano will be hard pressed to get around the Amador brand name, almost ironclad in the Ironbound with the organizational weight of the East Ward Democratic Committee combined with the same Booker Team line strength that Pantoliano had coveted but didn’t receive. 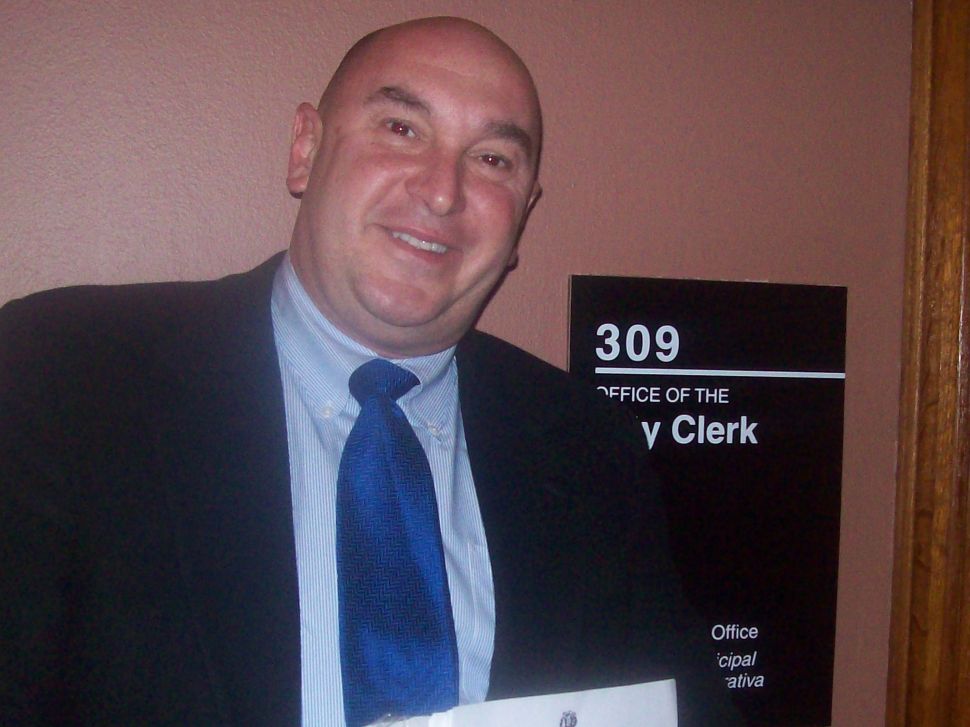