TRENTON – Providing testimony to the State Government Committee, police and fire reps just blistered Gov. Chris Christie for targeting public pension reform after telling them on the campaign trail last year that cops and firefighters would have secure pensions.

“Gov. Christie promised cops that no harm ‘would come to your pension, a 100% sacred trust,'” Police Benevolent Association Prez Anthony Winers read from a letter he said he received from a hard campaigning 2009 version of Christie.

“Unfortunately, in 2010, our careful approach (to collective bargaining) is about to be overwhelmed by a rush to pass these bills,” added Wieners, referencing the four-bill package of public employee reforms before the committee this morning.

Wieners, and later state FMBA President Bill Lavin, would just as vociferously criticized legislators and past governors, who created the pension system problem, not 24-7 firefighters and cops, they said.

But they reserved the most boiling ire for Christie.

(Christie) “sent emails to our members,” Lavin told the committee chaired by state Sen. jim Whelan (D-Atlantic City). “We were reassured that our health benefits were a sacred trust, and any exception to that would be a 100% lie.” 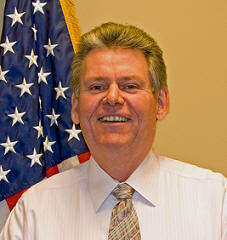