The Record is reporting tonight that U.S. Sen. Frank Lautenberg (D-Cliffside) was transported to a hospital this evening as a precautionary measure after sustaining a fall in his Cliffside apartment.

“The senator is in great spirits and joking with the doctors,” said spokesman Caley Gray. “He is going to stay overnight for routine observation.”

Earlier tonight, Gray told Record reporter Herb Jackson that the 86-year-old senator was taken to the hospital “as a precaution,” and “no further details were immediately available.”

The senator capped a busy week when he returned to New Jersey late on Friday following six hours in Haiti, where he met with government officials and toured the earthquake-ravaged country as part of a U.S. delegation with Speaker Nancy Pelosi (D-Ca.).

On Saturday he did some interviews with local media at the Tick Tock Diner in Clifton, then later went to see the movie Avatar.

Sources say he told staffers that he felt sore today after suffering a spill, and this evening traveled to an area hospital via ambulance to get examined. 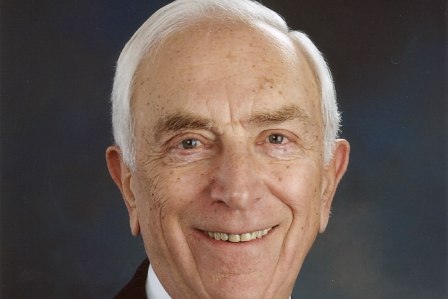