Wilkin Santana tomorrow plans to formally end his quest as an at-large candidate for the Paterson City Council and endorse fellow Dominican American Miguel Diaz, according to sources.

A newly married school teacher who just opened his own retail school supplies store, the 29-year old Santana ran against 4th Ward Councilwoman Vera Ames in 2008 and was run over by the veteran. He wants a political future in Paterson and has his eye on 2012 and another crack at Ames.

But now with 14 candidates in the at-large council race, including Councilman Ken Morris, Jr. and Councilman Rigo Rodriguez, vying for three seats (Council President Jeffrey Jones’s mayoral candidacy creates the at-large seat vacancy), and Santana and Diaz potentially canceling each other out, the fledgling politician intends to fold and back the older Diaz, a veteran of past council contests, sources told PolitickerNJ.com.

Rodriguez absorbed the news with a shrug.

“Miguel Diaz is not part of the community and he’s never been through the struggles we’ve been through,” said the at-large incumbent councilman. “He’s only in this for me to lose, not for him to win.”

Rodriguez said Diaz is in for a jolt. 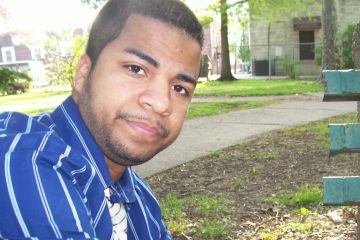