The head of a group of school business administrators told the Senate Education Committee today to skip public votes on school budgets for 2010.

“If there was ever a time, now is the time to buy some time and not vote on the school budget this year,” said John Donahue, the Executive Director of the New Jersey School Business Officials Association.  “We’re facing such a perfect financial storm in this state that we need to have this administration provide more time to assess New Jersey’s economy, assess state revenues, in particular see what income tax revenues produce in April.”

Donahue told the Senate panel that there is not enough time between Gov. Christopher Christie’s March 16 budget address and the April school elections to properly determine the effect on potential state aid cuts on the local budgets.  He said school districts could adopt budgets as late as June.

“You’re going to have school districts in this state, more than ever before, having to borrow money to meet payroll,” Donahue said.  “We’re facing a $1.2 billion shortfall, unless the state can pick up the difference and provide that money. I’m not sure where that’s going to come from.

The Senate Education Committee met today to hear testimony from representatives of invited associations and organizations on their educational priorities in the current legislative session. 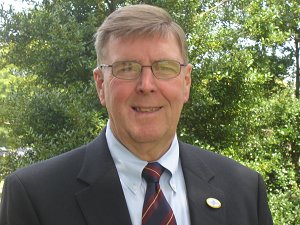