TRENTON – Moments ago, after nearly three hours of mixed but mostly negative testimony, all members of the Senate Government and Wagering Committee moved to release the four pension reform bills from committee.

“I’m a school teacher, so it’s a difficult issue for me,” said Whelan. “But I’d like to touch on one thing – that we need these wonderful things to attract people to public service. One hundred years ago, when I became a teacher, we made lousy money. …But we no longer make lousy money. The fact is public employees make above what the public sector is paying: teachers and police making over a hundred grand.

“We’re here trying to save these pension systems, we’re not trying to rob it,” he added.

“We all need to take ownership of this in order to restore solvency to our public pension system,” said Senate Majority Leader Barbara Buono (D-Metuchen). “The day of reckoning is here.”

Given the environment, Buono said she was disappointed at the lack of willingness from union and public employees for the reforms.

State Sen. Shriely Turner (D-Lawrenceville), a member of the committee, was not present at the hearing. 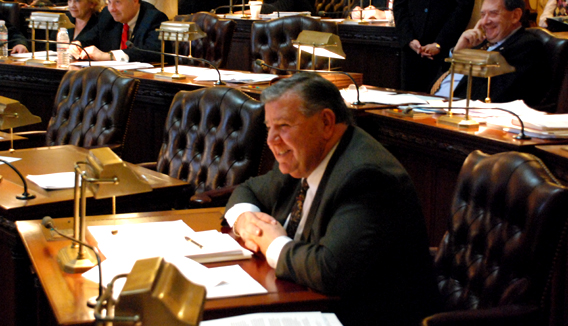