“We are proud to endorse Mayor Halfacre’s candidacy for the Republican nomination in the New Jersey 12th congressional district,” said Illions, who described a four-part vetting process, including written commitments by the candidates on 21 policy positions and a two-hour hearing. “We believe that he is the best candidate to defeat Congressman Rush Holt in November, 2010.”

A conservative activist, Illions is an anti-establishment candidate for Middlesex GOP chairman, a post also being sought by Assemblyman Sam Thompson (R-Old Bridge). 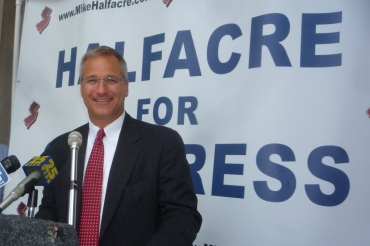