“Charles Bell has been around for some time and the people have a strong affection for Charles Bell,” said Minor. “I and members of my team were upset about his change. We thought he would have at least talked to us since many of us worked very hard for him. The question for the people of the Central Ward will be whether they feel betrayed by Mr. Bell.”

This is a bitter story.

When he famously defeated Booker’s candidate in 2008 and landed on the Council as the Central Ward councilman, Bell was supposed to be the guy who was going to soften up the Booker franchise and help topple it from the inside.

That was the strategy anyway.

But something happened to Bell once he arrived on the council.

“Things look a lot different from within,” Bell told PolitickerNJ.com.

Diffusing what observers believed would be a Central Ward revolution, Bell joined forces with Booker.

“This young man is going places, he’s very talented, and I think that overall the city is moving in the right direction,” the councilman said of the mayor last week at a party for ticket mate At-Large Councilman Luis Quintana.

As part of a deal hammered together last year, Bell absorbed Booker diehard Nakea White as his chief of staff and agreed to run on the Booker Team, infuriating Baraka and wounding the nascent mayoral campaign of retired Judge Clifford Minor.

Bell was to have been Minor’s bankable star ally in the Central Ward. Now the challenger was left foraging for other candidates, eventually dredging Charon Motayne – a Republican – to oppose him.

That wasn’t Minor’s only problem.

Bell’s successful 2008 campaign was bankrolled in part by a combination of backers, including former Mayor James and North Ward Democratic Leader Steve Adubato. Talked into an all-Newark pact by Adubato, state Sen. Ronald L. Rice (D-Newark) supplied troops and campaign tactics on the western frontier of the Central Ward for Bell’s campaign.

Humbled in defeat and alert to the unholy power of that James-Adubato-Rice alliance heading toward a 2010 re-election bid, Booker’s allies rapidly worked to break it up by corralling Bell and going to the Oprah Winfrey charity checkbook to subdue Adubato.

Rice, destroyed by Booker in a short runway 2006 mayoral campaign – well, there was nothing they could do about him.

But the Booker moves to quell the other two men not only cost Minor Bell in the Central, but the potential support of Adubato in the North Ward.

Not that there was ever any Adubato plan to ever back Minor, say North Ward sources. Had Booker not been able to bring the powerful North Ward boss to heel, the more likely scenario would have been the birth of a Latino mayoral candidacy with Adubato’s backing. The most likely challenger would have been North Ward Councilman Anibal Ramos, running against two African American candidates in Minor and Booker.

But the fact that Adubato had aligned with Rice and Bell and James – getting in on the 2008 Central Ward action action from a Southern penitentiary prison cell – meant Minor had least could have nursed the hope that Adubato would back him.

“It remains to be seen what happens to his organization based on these indictments,” Minor told PolitickerNJ.com, referring to an ongoing state Attorney General’s Office investigation into the absentee ballot practices of Adubato’s political operation.

“We would have hoped to get his support, but we believe we can win without him,” the challenger said of Adubato. “Our message now to Steve is ‘stay out of the Central Ward and stay out of the South Ward. He wants to go into every ward and wants everyone else to pay him homage. We will go into that North Ward and we will be felt in the North Ward. Mr. Adubato doesn’t own it.”

As for his team’s efforts in the big, crucial Central Ward, Minor said he believes people would be mistaken to dismiss Motayne based on her party affiliation.

“This is a nonpartisan election,” he said. “There are Republican citizens in the City of Newark we have to represent. Ms. Motayne has been in that ward all her life. When she went to college, people followed her career and they know that she acted in their best interest her whole adult life. This isn’t about party affiliation. Ms. Motayne is raising issues, starting with the Douglas Harrison apartments. When he campaigned, Mr. Bell promised he would work to make that land open space and now he wants to move forward with development favored by the Booker administration.

“The people will decide,” Minor added. 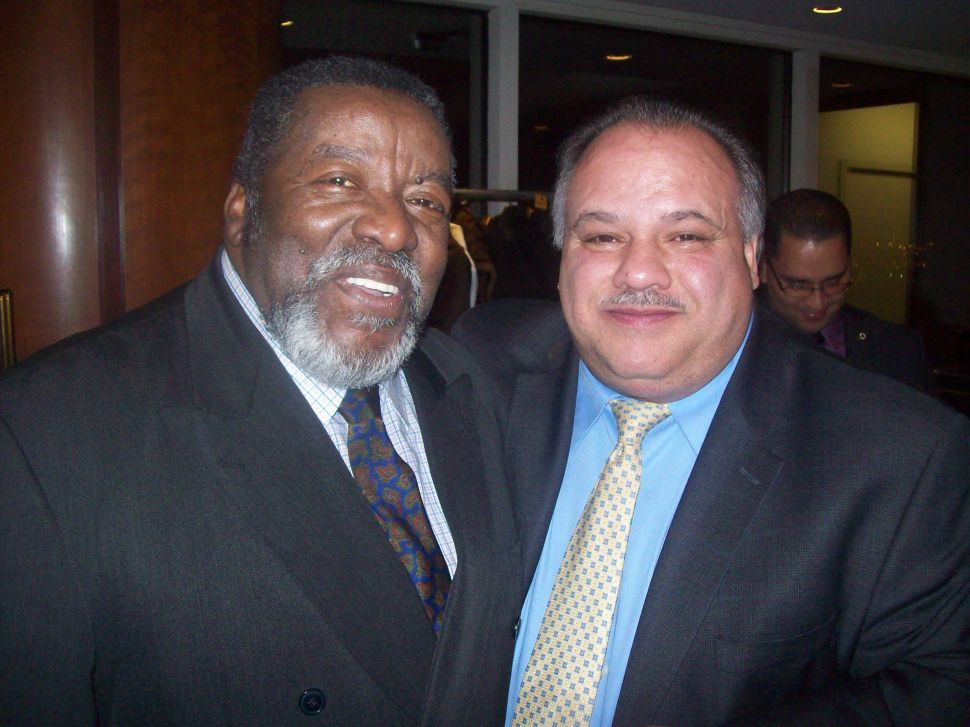