State Sen. Shirley Turner (D-Lawrence) believes that gay rights advocates plan to field a primary challenge to her, and she welcomes it.

“I’m sure they are. I think it’s wonderful this democracy we have.  I admire and respect their rights as well as their tenacity,” said Turner.

Turner is one of several Democrats who irked gay rights advocates by voting no or abstaining when the marriage equality bill made it to the floor of the state senate last month.

Last night, members of the state’s main gay rights organization, Garden State Equality, marched through the streets of Trenton to mark the third anniversary of the civil union law that they consider to have failed.   In their press release advertising the event, they specifically noted it was in Turner’s district.

And when Turner introduced a resolution early this month calling for an end to the military’s “Don’t Ask, Don’t Tell” policy, many progressives scoffed, accusing her of grandstanding on an issue that she has no influence over after voting against marriage equality.

“That resolution is in keeping with my vote for domestic partnerships as well as civil unions.  I believe that everyone should have the right of employment and opportunity. And if someone is gay or straight, it doesn’t matter,” she said, adding that even if she voted for marriage equality “it couldn’t have made a difference.”

The legislation failed when it garnered 16 votes – five short.

Mercer County Democratic Chairman Richard McClellan said that the possibility of a challenge to Turner is troubling, but he can’t predict what will happen in over a year.

“It’s a year down the road.  Are they going to come out and make a point?  Yes. Do I believe Senator Turner can beat that challenge back? I think she can now,” he said.  “But it’s a concern to me as the county chair that an important part of our constituency is unhappy with one of our star candidates.” 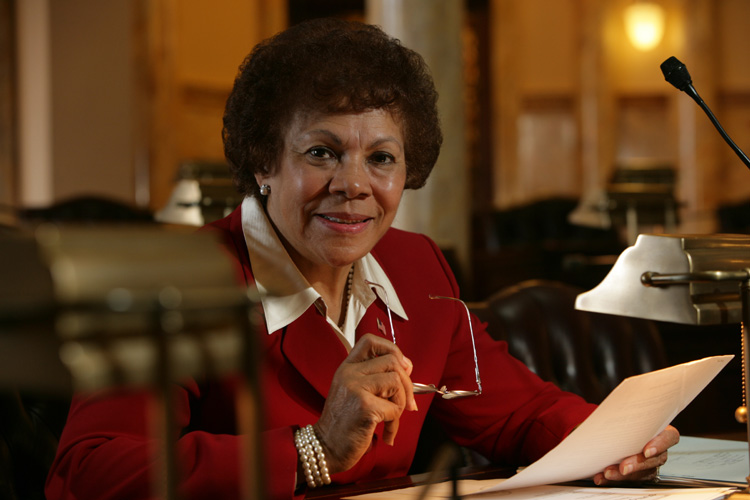