Many people have signed up to compete for one open freeholder seat at the Bergen County Democratic convention set for next week,  but nobody who wants to take on U.S. Rep. Scott Garrett (R-Wantage).

There have been rumors that Assemblywoman Connie Wagner (D-Paramus) might take the plunge.  No way, she says.

“I need to get a little more standing here [in the Assembly], and I enjoy what I’m doing,” she said.  “I’m not ruling it out for the future.”

Despite a well-financed and spirited challenge by blind rabbi/psychologist Dennis Shulman last year, Garrett, who is considered the most conservative member of the New Jersey congressional delegation, easily won reelection.  Attorney Camille Abate, who ran unsuccessfully for the Democratic nomination to challenge Garrett in 2006 and 2008, may have a clear path to be the nominee this year. 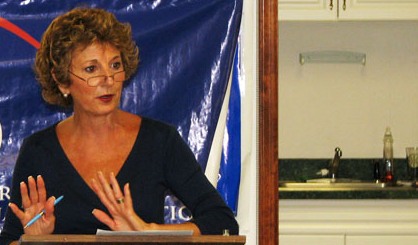