West Windsor Councilwoman Linda Geevers is considering running for the state senate seat about to be vacated by Bill Baroni (R-Hamilton),

Geevers said that she expressed her interest to Mercer County Republican Chairman Roy Wesley, but wants to learn more about what the process will be for filling the seat before she makes a decision.

“I know that there are some discussions going on about the process,” she said.

Baroni was appointed by Gov. Christopher Christie as deputy executive director of the Port Authority of New York and New Jersey last week.  He resigns early next month.

Geevers said that her eleven years of experience as a public official – six years on the school board and five on the council – makes her well qualified to join the senate.

Mercer and Middlesex county committee members from the towns that make up the 14th Legislative District will come together sometime next month to select Baroni’s interim replacement, who will then have to seek reelection in the June primary and November general election.

Hamilton Councilman Thomas Goodwin has not formally announced his candidacy, but he is expected to shortly and is considered the leading contender to fill the seat.

Middlesex Republicans have some candidates in mind, too, including former Assemblywoman Barbara Wright, of Plainsboro.  Wright could not immediately be reached for comment.

However, whoever Christie wants to run – even if Christie does not make an explicit endorsement – will likely have a huge advantage. 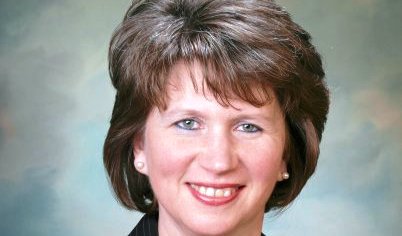