Confronted with Garden State Equality’s decision to close the fundraising gates on the Democratic Party, State Party Chairman John Wisniewski tonight said he believes the organization is being unfair.

“Some very good Democrats stood up and supported this issue on the floor of the senate,” said Wisniewski. “To hurl a broadside against the one party that stood up for this and say the effort wasn’t good enough is throwing the baby out with the bath .”

Wisniewski wouldn’t reveal whether he intends to try to corral Garden State Equality or encourage a cooling off period. The organization’s executive director Steven Goldstein told PolitickerNJ.com earlier today that the group’s members are steamed over the Democratic majority’s failure last year to advance marriage equality.

“They certainly run their politics anyway they see fit, but the Democratic Party historically has supported issues important to Steve Goldstein,” Wisniewski said.

Asked if the organization’s timing was wrong given the dominance of the economy and jobs, the party chairman said, “It’s not a case of choosing ‘A’ or ‘B.’ It was a complicated set of factors that came into why it didn’t pass, but the Democratic Party has a big tent. Not all of our members will agree with other members. Instead of a litmus test party like the Republicans where you have to adhere to all their orthodoxies, we understand there are members who can’t be with us all the time.”

For the record, Wisniewski said he would have personally supported marriage equality if he had the opportunity to vote on the bill. 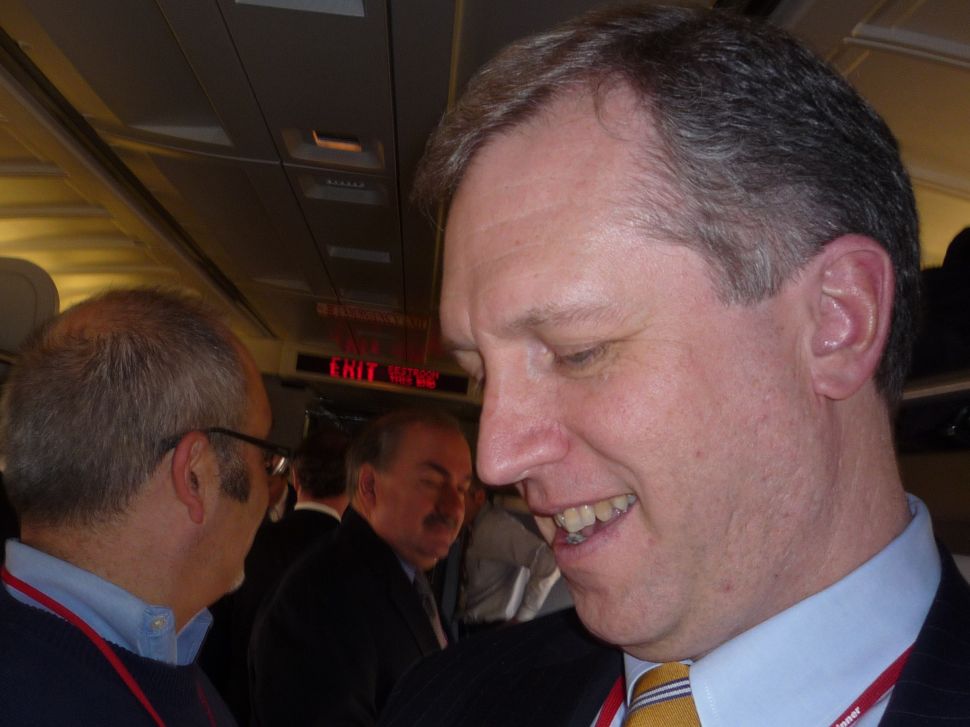