BRIDGEWATER – Short-circuited last year in his efforts to mount an insurgency against Assembly Minority Leader Alex DeCroce, Assemblyman Pete Biondi (R-Hillsborough) has trudged into 2010 as the Republican lower-house version of Dick Codey – a cagey veteran now on the outside of his party’s inner sanctum and treading at the edges of political oblivion.

“None of this is personal,” said Biondi with a laugh.

But as he observed the coverage of last night’s bipartisan public Assembly hearing, he couldn’t help but feel a twinge of discomfort.

“I’m on cloud nine,” said the GOP’s new conference leader in the Assembly, who succeeded Biondi on the job as DeCroce’s number two guy.

“Before this went down yesterday, Democrats we’re saying – joking – ‘We’re taking whoever dreamed this up to the highest part of this building and making him jump,'” Bramnick added. “But what we had yesterday were 125 people each testifying – a lot of it very helpful, really good stuff. I just believe in the public. I believe most people are decent. I am so happy. If you did that on a regular basis, it would keep the legislature honest.”

“Here you have a meeting to hear from the public,” he said with a shrug in his voice. “Look, I was mayor for eight years. I absorbed the public. I understood the public. You’re a legislator, a lawmaker – you were elected for your ideas and your philosophies. The question is, ‘ What happened to your common sense approach?’ You’re so disconnected, you need to be reminded the public is out there? We just had an election. The public spoke. Now they want us to do something. They want us to kill COAH (the Council on Affordable Housing), but from what I can see of this proposed legislation, it’s not going to be killed.”

Biondi’s caucus loss to DeCroce in a challenge that produced a handful of backers, including Assemblywoman Alison McHose (R-Franklin) and since retired Assemblyman Richard Merkt (R-Mendham), meant the rapid ascension of Bramnick from whip to conference leader in a move that just as speedily back-benched Biondi.

No comment, said Mchose, jettisoned from the budget committee in favor of Bramnick.

For his part, “Leadership is in place, and I just hope that when it comes time to raise the money that they will be able to raise money,” said Biondi.

On the other end of the drama, Bramnick listened to Biondi’s critique and didn’t disagree with the premise that a mayor or council person is in a better position to get a grip on public opinion at the street and gut level.

“When you are mayor, you do hear from the public routinely, and it’s unfortunate, but there is no broad based public discussion in Trenton,” said the conference leader. “Why is that important to continue? Because the times change, things have changed since we were mayors or councilmen. Why wouldn’t you keep the dialogue going? And the bottom line: it’s a public house and they pay for it. If we’re so smart, why is there a $1.2 billion budget deficit?

“Let’s face it,” Bramnick added, “on those committees, we usually hear from the same lobbyists. Last night, we heard a broad range of ideas. Jon Corzine thought toll roads monetization was a good idea until he went out and heard from the public and changed his mind. Another example – people at the college level and high school level, I think they have a better idea of young people. Being around young people – it keeps them young. To some degree, in my judgment, being around the public, keeps the ideas keep coming. And we’re not talking every night. We’re talking about a few times a year to let the public react directly to the legislature and what their legislators are doing.”

For Biondi, the larger issue remains message. Bramnick prides himself on being non-ideological.

“To be ideological on this job would make you a bad listener, in my judgment,” he once told PolitickerNJ.com.

“I’ve not seen a strong core Republican message out of leadership the last few years, and we need to put a message out,” he said. “I’m optimistic that Gov. (Chris) Christie is going to do the right things. I believe Chris Christie is genuinely interested in doing the right thing. He needs a little time here. Hopefully, he will move forward. Remember, he’s the most powerful governor in the country. Anything this bipartisan legislature gives him, he can veto it, and they can’t override it. With that in mind, let’s stick to core Republican values.”

Empowered in the caucus at present, Bramnick said he feels those values are best embodied in a recognition of the public’s ultimate power – which, he argued, was what last night’s event demonstrated. 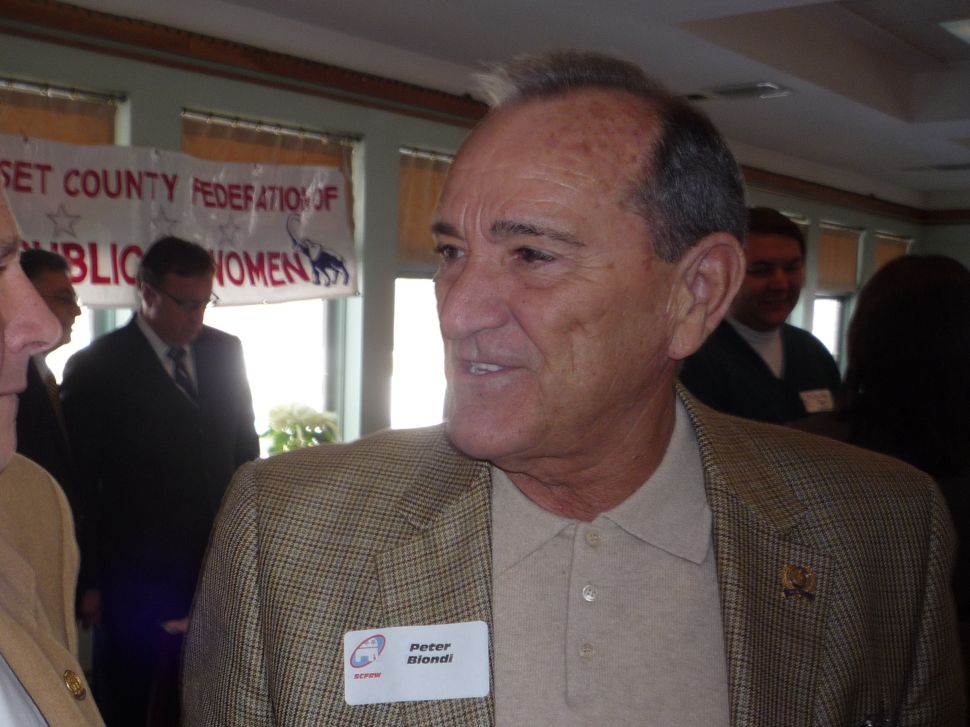