BRIDGEWATER – When Bridgewater Board of Education President Jeffrey Brookner announces Friday night that teachers have tentatively agreed to $1.4 million in givebacks in exchange for reduced program cuts for children, there are claps in the packed auditorium.

The teachers later firm up the giveback.

But the concession is but a chunk out of a tough luck budget that still contains numerous impact points, including program cuts, extra curricular choke-offs, and equipment reductions – and teacher layoffs.

“This is nothing we did,” says Superintendent Mike Schilder. “It happened, and we have to deal with it.”

The givebacks will enable the school district to maintain teachers and custodians the board had planned to cut, “but the kids are going to lose some services. We will rise to the occasion to find a way.”

Moments later, a line forms at a microphone in front of the board.

“No, you’re not to blame,” says a woman. “But there is someone to blame: Chris Christie and the people who voted for him. Now, the state budget hasn’t yet. The job isn’t over. We need to energize and contact Senator (Kip) Batemen, (Assemblyman Pete) Biondi and (Assemblywoman Denise) Coyle. They are party to the reductions. We don’t need to be cutting here. The money needs to be placed back in the school budget.”

Several other residents, including Andrew Kinsey, urge applause for the volunteer School Board Members and for the teachers, for agreeing to the salary freezes.

In the hallway, a janitor asks, “Am I going to lose my job?”

Panning Woodbridge teachers for digging in against givebacks, Christie Press Secretary Mike Drewniak lauds teachers in Randolph, where the school board proposes $2.2 million in savings through a wage freeze for union and non-union employees and a contribution of 1.5 percent of salary toward health benefits.

“Our state budget deficit is a chasm that must be closed, and the Governor is asking everyone to pitch in now to find these savings,” says Drewniak. “The choice seems reasonable and obvious for teachers unions: a one-year wage freeze and very small contribution toward health benefits versus the loss of jobs by their colleagues. Now is not the time for automatic raises that are four and five times the rate of inflation or the continued luxury of paying nothing for health care costs. The public sector must begin to finally come in line with the private sector in this regard.”

Some of the debate suggests internal lines of demarcation, more scarring than the public-private divide, however.

A night before Bridgewater in Franklin Township, residents similarly gather in the Middle School auditorium, where residents encounter numerous program cuts, including elimination of four out of six gifted and talented teachers, combination of boys and girls cross country team (this elicits basso profundo groans), elimination of the boys and girls junior varsity tennis program, the guillotining of two instructors at Bunker Hill, elimination of a nurse.

The Franklin Township Education Association (FTEA) has already notified the board that they will not entertain any salary givebacks for the 2010-2011 fiscal year. Custodians say they’re with the teachers on this.

The debate that unfolds once the public hearing begins reveals a long corked-up local battle between the administration and the teachers.

No one mentions Christie.

A retiring teacher gets the crowd behind her when she identies what she says is the problem here: bad relations between teachers and administration.

“The teachers are being scapegoated for the budget crunch, but if you’re in a bad marriage, the kids are going to suffer too,” she says.

Cheers from the audience.

Superintendent Edward Seto sits at the front of the room with the board as the claps rein down.

When the parents proper get to the front of the room, they turn on a steady stream of complaints.

Raised in Newark, Denise Ford Williams, mother of three children, says she thought Somerset County was supposed to be the best.

“I was a tom boy, and now I’m a tom mom,” she says. “If you cut out the JV tennis program, what future do we have? We’re supposed to be one of the richer counties? I can’t tell.”

The Franklin Township School Administrator’s Association (FTSAA) has issued a statement that they would be willing to give their salaries a look-see if it would benefit or reinstate programs, but there is already some early skepticism.

“Three cuts are ‘vacancies,'” she says. “That doesn’t represent a sacrifice. They’re vacancies, so they’re not really cuts.”

The crowd cheers in front of a stone-faced school board.

In Branchburg on the same night, the public meeting room at the municipal building is packed as a gadfly at the microphone says all the cutting and scrapping are chewing around the issue, which is special education funding, a big chunk of the budget relatively untouched. He makes the School Board and administration dance and shuffle their papers to find figures he already knows, before he’s gaveled off past the five minute speaking mark.

In Cranford as elsewhere, public comments seesaw between teachers and parents.

“I’ve heard people scream out at board meetings, ‘pass the millionaire’s tax,'” but I don’t think that solves the problem,”” says Assembly Minority Conference Leader Jon Bramnick (R-Westfield). “The problem is much bigger than the millionaire’s tax. You should not chase wealth out of the state. People who run our largest companies should not be forced out.

“We’re going through a very painful process,”” Bramnick adds, “but raising taxes will only make it worse.

“There is lot of emotion at these meetings from parents who see elementary school teachers being laid off, boards under strict time limits to make very tough decisions – pain is felt by all parties who come to these meetings, and it’s hard to say anything positive coming out of these meetings, but it’s different when you consider the matter long-term.” 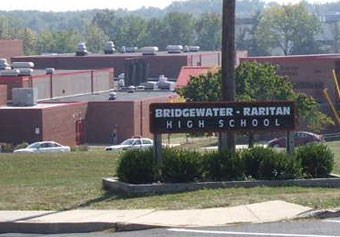