Assemblyman Ralph Caputo (D-Belleville), who is also an Essex County freeholder, plans to forego running for reelection to one of his two elected offices next year.

“It’s just the right thing to do. No one has mentioned it to me.  Nobody has said anything to me.  It’s my decision and at that point it makes sense to only seek one of two offices,” he said.

Caputo, elected to his third non-consecutive term in 2007 (he served as an assemblyman from 1968 to 1972), has been a freeholder since 2003.  His election to the assembly occurred shortly before Gov. Jon Corzine signed the dual office-holding ban, grandfathering him in.  He earns about $33,000 from the freeholder position, in addition to his $40,000 salary from he state legislature.

Caputo said that he will wait to see how the 2011 redistricting process shapes up before deciding which seat he will seek reelection to.

“I don’t think it’s fair to the public or to anyone who wants to seek office. Other people should have an opportunity,” he said. 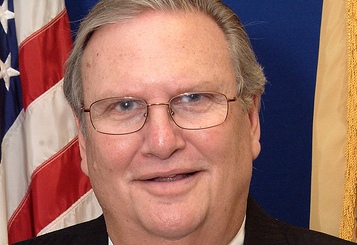