“Rick is always unhappy. And I don’t mean to be insulting to him, but we conservatives are never happy unless we’re eating our own young.  If we have a guy we agree with 98% of the time, we’ll find that 2% and that’s what we’ll harp on,” said Carroll, who is considered one of New Jersey’s most conservative legislators and beat Christie in a 1995 GOP primary for State Assembly.

Carroll made the comments from a conference room in Trenton, where the Assembly Judiciary Committee was about to hear testimony from Attorney General Paula Dow, a registered Democrat whose nomination annoyed Shaftan and at least a few outspoken conservatives.

“Is Chris going to be a doctrinaire conservative?  I’m sure he won’t be.  But at the end of the day I have nothing to complain about, and I don’t think anybody else does yet either.  They’re concerned about his appointments.  Well, let’s see how those appointments actually work out.”

Carroll did say he had concerns about one nominee: Janet Rosenzweig, the acting commissioner of the Department of Children and Families.  Social conservatives have raised alarms about Rosenzweig’s work as acting executive director of the Society for the Scientific Study of Sexuality.

But Carroll won’t use that as a litmus test for Christie’s ideology.

“I understand Rick’s views, but let’s give the man some time,” he said.  “He’s only been in office about 18 minutes.”

Shaftan, for his part, attributed Carroll’s acceptance of Christie’s policies and appointees to practical politics.

“Mike feels he has to work with these guys and toe (or is it tow) the party line.  I don’t,” he said.  “The fact is that a majority of his cabinet picks are liberal Democrats.  Actions speak louder than words.” 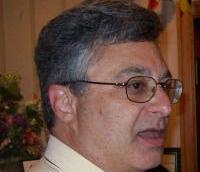